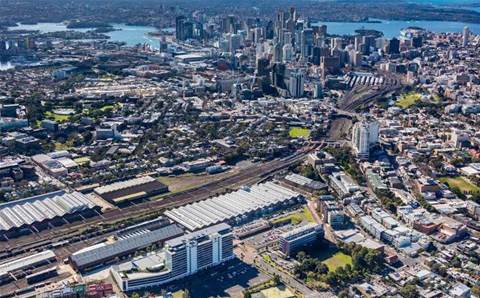 The New South Wales government has laid out its initial plans to develop a technology and innovation precinct in Sydney.

The proposed precinct will stretch from Central station to Eveleigh, which already hosts the Australian Technology Park, and is expected to create 10,000 new jobs by 2036.

Design and development will be spearheaded by a new taskforce led by Jobs for NSW chair and former Telstra chief executive David Thodey.

The taskforce will also include representatives from the University of Technology Sydney, University of Sydney and the Sydney Business Chamber, along with members from Australia's startup community.

“This will cement Sydney as the technology capital of Australia and create more secure jobs," NSW premier Gladys Berejiklian said.

"Central to Eveleigh is already home to Australia’s largest cluster of start-up firm. We want to use that as a base to grow new jobs and new businesses.”

Atlassian will also work with the government on the new precinct as well as co-working space managers Fishburners and industry body Tech Sydney.

Atlassian founder and co-CEO Scott Farquhar said: “If you look at every successful innovation hub in the world, from Silicon Valley to Tel Aviv, they all have a centre of gravity – a place the start-up community calls home.

“I’m delighted that now our tech community will have the same opportunity to point to a map and call it home. Sydney has the potential to be one of the world’s leading tech cities and the creation of a tech hub sends a very loud signal – not only to the country, but to the rest of the world – that we’re in the race.”

A shortage of new office spaces has led to global technology giants like Microsoft and Amazon relocating to Sydney's central business district in Martin Place into spaces traditionally occupied by startups.

Grow your software revenue by selling these 5 affordable, essential tools for the modern workplace
By Brendon Foye
Aug 7 2018
11:51AM