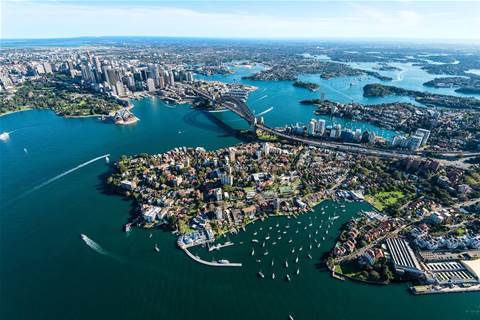 The NSW Government has set an aspirational target to spend 30 percent of its $2.5 billion annual IT procurement budget with small and medium enterprises (SMEs) from April.

Customer service minister Victor Dominello revealed the proposed spend target – which amounts to some $750 million each year – on Monday in a bid to boost the local IT sector.

It is part of suite of recommendations from the ICT and digital sovereign procurement taskforce accepted by the state government.

The taskforce was established last July to develop policies to diversify the state’s IT supplier ecosystem and boost SME participation levels as part of the pandemic recovery.

The aspirational 30 percent target, which must be spent directly with SMEs, will exclude contingent labour.

While the target amounts to $750 million in government spending, iTnews understands the actual figure will be lower, as there are some contracts that will realistically be out of reach.

Total IT spending now sits at more than $4 billion each year, with IT procurement accounting for around $2.5 billion.

The government will also expect that procurements valued over $3 million will redirect 25 percent of the indirect IT spend to SMEs.

A series of other recommendations that will “benefit start-ups, Aboriginal owned, disability and regional enterprises” have also been accepted, though these will be announced later in the year.

Dominello said the taskforce’s recommendations recognise the pivotal role that SMEs play in the state economy.

“This a double win for the state – it will cement our position as the digital capital of the southern hemisphere, and help drive economic growth and job creation.”

“This is all about making it easier for SMEs in the ICT sector to do business with government, as well as supporting the economic conditions to ensure NSW remains at the cutting edge of innovation and technology,” he said.

Grabbing the hybrid cloud opportunity with Lenovo and Azure Services
By Justin Hendry
Feb 9 2021
10:19AM