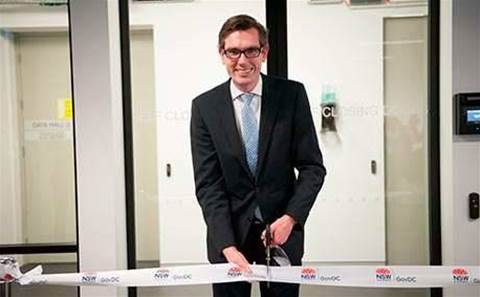 The Metronode data centre constructed for the NSW government expects to be the first facility in the country to secure a five-star NABERS rating.

Stage 2 of the Silverwater site was officially opened by NSW state minister for Finance & Services Dominic Perrottet on Friday.

[Check out photos of the data centre here]

This extension brings the operation up to four data halls, with a capacity of 3 megawatts. The site has the potential for up to 12 halls, and 9.2 megawatts of load. It is currently running at around 1.5 megawatts.

Under the government's Data Centre Reform project, as many as 130 data centres across the country will be consolidated into this facility in Silverwater, Sydney and another in a regional plant in Unanderra.

Melbourne's Green Global Consulting is now running a 12-month audit to provide the facility with a score under the National Australian Built Environment Rating System (NABERS).

The tier 3 site boasts state-of-the-art technology, including a direct free air cooling design, which captures the cooling power of evaporating water by channeling air through a dampened membrane.

The typical underfloor cooling seen in most data centres is absent – instead of recirculated air, outside air is drawn in, filtered and adjusted for temperature and humidity.

This provides the site's extremely low power usage effectiveness (PUE) score. Nextgen Peter McGrath called it a "radically different design so that you get this very low PUE".

"People in the trade who know data centres say this is fundamentally different to anything they have seen before. The free air cooling means we bring the air in from outside, run it through filters and directly through [the data centre] and then it is vented. Traditional data centres keep on trying to circulate the hot air and cool it," said McGrath.

There is currently just one data centre in the country with NABERS certification, Fujitsu's four-star facility in Noble Park,

Approved suppliers include everyone from major global players such as CSC and Dimension Data, local managed service providers such as Data#3, Brennan IT, Oakton and UXC Connect, and smaller operators like Sydney's Dataweave, which is the prime contractor for an Oracle identity management solution supported by NTT Communications and Qubit Consulting.

Current tenants include the Department of Health, Education, NSW WorkCover, the Government Licensing System (GLS) and the Sydney Catchment Authority.