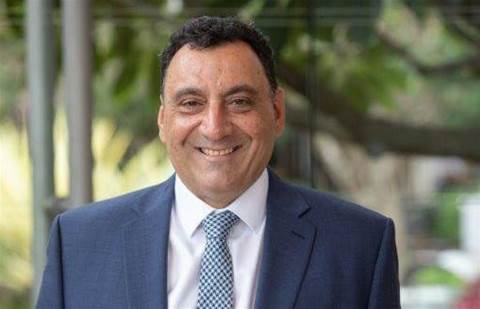 NTT Australia has announced chief executive Steve Nola will retire from his role in September 2020 after 30 years in the IT industry.

The services giant is now on the hunt for Nola’s replacement in time for his departure.

NTT global CEO Jason Goodall said Nola as Australian CEO “has shown incredible insight and leadership over many years, as well as sustaining growth and profitability”.

“Today, our Australian region contributes more than US$ 1.2 billion to the NTT Ltd. business with over 3,000 employees. Aside from business success, one of Steve’s proudest achievements was the establishment of the Heads, Hearts and Hands corporate social responsibility and environmental sustainability program in Australia in 2004, and seeing this program adopted globally.

“He has always believed in giving back and leaving the world in a better place, and the difference this program has made to the lives of our employees, the local community and broader society over many years will be one of his lasting legacies.

“Steve has not just left an indelible mark on our company – he has been one of the driving forces that has shaped our business, in terms of our industry reputation, strategy and innovation.

“We thank Steve for his determination, commitment, drive and friendship over an extraordinary career and wish him and his family health and happiness as he starts his new chapter.”

Nola first joined the IT industry in the late 1980s when he worked at Telstra as an electrical engineer, where he helped deploy the telco’s first optical fibre networks in Australia. He later joined system integrator Com Tech Communications in 1989 as state manager for Victoria.

When Com Tech was acquired by Dimension Data in 2001, Nola was named chief executive and led the company’s transition from IT reseller and systems integrator into an IT services firm.

Nola briefly joined the global Dimension Data business as CEO of its Cloud Solutions Business Unit, where he established the group’s cloud services infrastructure and capabilities, as well as managing the integration of a number of acquired companies. He returned as CEO of the Australia business in 2016.

In October 2019, Dimension Data parent NTT Group brought 31 of its brands together, including Dimension Data, to form NTT Ltd. Nola was named the CEO of the new company’s Australian operations.