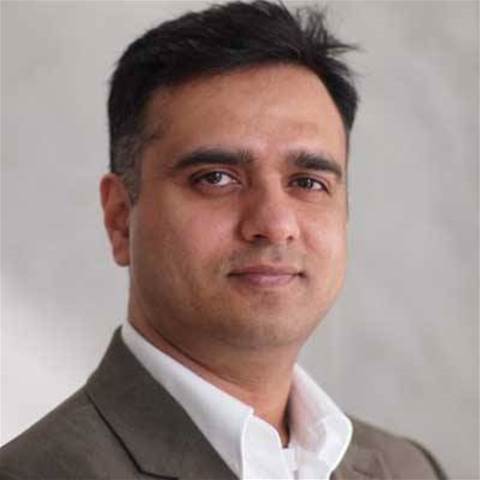 Nutanix’s Nasdaq stock fell from $50.09 per share at Thursday’s closing to $34.72 per share as of Friday morning, US time.

“The last two years, a lot of our go-to-market has been around making our existing customers even more successful and it camouflaged some of the things that we needed to do,” said Nutanix CEO Dheeraj Pandey during an earnings call with analysts and media.

Nutanix has been a contender in the hyper-converged infrastructure market and regularly wins plaudits from analysts.

So why the lower-than-expected guidance and share price plunge?

Nutanix actually reported a solid fiscal second quarter Thursday in terms of sales, with revenue of US$335 million, up from $289 million year over year. The company also added 920 new customers during the quarter and reported a 42 percent increase in software and support sales of nearly $300 million. However, the main reason for the massive stock drop was due to a weak guidance for its current third fiscal quarter.

“[It was] beginning to impact our sales pipeline. Lead generation spending is a key component to building pipeline, which ultimately significantly impacts bookings, billings and revenue,” said Williams.

Nutanix executives said they started noticing a pattern in the second quarter. “Some of our lead generation efficiencies that we had planned for were not being realized. We began taking actions to reallocate capital back to lead generation spending, while at the same time dialing back on non-sales hiring,” said Williams. “It’s important to note that all this shifting of spend back to lead generation is not an insignificant amount. The magnitude of the shift is in a few tens of millions.” Nutanix’s CEO said that over the past few quarters “we have not kept pace with our bullish sales hiring goals.”

“This plays a role in our sales pipeline development,” said Pandey (pictured above). “We have been putting more focus on this aspect of our execution as we don’t foresee any macro weakness in the horizon.”

Nutanix’s pipeline targets were impacted by the shortage of sales reps in the first half of the fiscal year, “resulting in an under-spend by several million dollars,” said Williams.

Nutanix executives during the call were asked repeatedly if the weak guidance has anything to do with strong competition. Pandey said the company vigorously looked into the problem and discovered that it was an internal issue, not an external issue like stronger competitors. He said Nutanix’s win rate and global 2,000 customer base has not been affected while also citing a record second fiscal quarter in terms of the amount of $1 million and $5 million deals.

He said Nutanix has gone through a major transformation over the past 18 months including becoming a software-only vendor followed by a subscription sales model, which was a change to Nutanix’s sales force. “Our sales force has gone through a lot in the last two years and there is a little bit of sales prioritization issue, but also to do it in a way that is empathetic to them about subscription, software-only, segmentation—all these things,” said Pandey.

Nutanix said it took action in December and January to reallocate dollars toward demand generation, marketing and away from non-sales hiring. “The changes we implemented are already showing early positive signs at the top of the funnel and we expect to see increasing traction in our sales pipeline over the coming quarters,” said Pandey.

Nutanix also said that it has promoted Chris Kaddaras, the company’s head of EMEA sales, to lead both Nutanix’s Americas and EMEA sales organizations in a move to drive revenue.

“Chris has led our EMEA sales engine to tremendous growth over the past two and a half years, turning around the business that was initially challenged and we expect that he will bring the same execution excellence to North America,” said Pandey. “He has the wisdom and a healthy paranoia for operations that are key to success for a high-growth company such as ours. We are in excellent hands with him leading these two important geographies as we try to build an iconic company at such high velocity.”