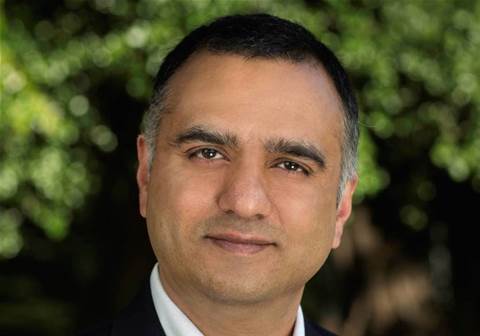 "Our dominance in the core is why VMware avoids doing POC in accounts when we have a head-to-head fight," said Pandey during Nutanix's earnings call Tuesday night with analysts and media.

"Case in point was a new customer in EMEA which we won in Q1 – a major international airport that is one of the busiest in the world…. With this customer, VMware's good-enough, wasn't good-enough to create a dynamic cloud-grade platform for the majority of their core airport applications.

"We really want to go after POCs with VMware. We got some highly automated testing tools and we really believe that customers are looking for the same high quality that they were expecting from these three-tier hardware deployments to come from a software-defined infrastructure," he said.

These statements come just a few months after VMware COO Sanjay Poonen said Nutanix was a "copycat" of VMware.

Pandey added that the Global 5,000 companies are "looking at VMware as the new Oracle" in terms of virtualisation.

"There's a lot of predatorial practices around licensing and auditing and things of that nature happening. People are saying, 'Look, I really want to look at virtualization as a commodity actually. It doesn't really belong in multi-million dollar sort of an expense and things like that,'" said Pandey. "Then there are customers who love VMware and other customers who are actually completely neutral to what the virtualization stack looks like."

Pandey also mentioned that VMware is closer to Dell EMC today than it was a year ago, but that isn't stopping the hyper-converged infrastructure pioneer from winning deals. Nutanix has a technology partnership with Dell EMC for its popular XC Series hyper-converged solutions.

"Dell EMC definitely is closer to VMware that it was let's say a year or two ago, but even there we've navigated the coopetition waters really well. We've moved to Dell XC Core products and XC core is basically meet in the channel," said Pandey.

"In many which ways, we're driving our own brand and our own pull from the customers. Many of these things are coming directly from the customers - they want to transform themselves and are looking at subscription-based pricing because OpEx is good for them as they look towards cloud consumption and such."

VMware did not respond for comment by press time.

Looking at Nutanix's first fiscal quarter earnings, the company generated total revenue of US$313 million, up 14 percent from US$275 million one year ago. Software and support revenue reached US$280 million, an increase of 44 percent year over year.

In what Pandey described as a "watershed" moment for the company, Nutanix unveiled the general availability of its highly anticipated Xi Cloud Services on Tuesday. Xi Cloud Services is a new suite of five distinct offerings for the Nutanix Cloud Platform designed to create a more unified fabric across different cloud environments to give customers the freedom to run their applications on the optimal platform. The services make it easier for companies to integrate cloud services into their multi-cloud deployments while also extending Nutanix beyond the traditional data center.

"This launch is a watershed moment for our company, delivering our services across the entire customer journey from infrastructure modernisation to the multi-cloud," said Pandey.

"If you think about our cloud offering, what we're using in Xi is all AHV [virtualisation]. The best part is we're saying, 'We'll actually support customers where on-premise they're running VMware.' The off-premise could be AHV – that's what customers really like about us. We don’t go and shove AHV down their throat," said Pandey.

"We're saying, 'Look, if your happy with VMware stay with it.' Because we can still go and sell a lot of data and network services and compute services on top."

Nutanix shares rose from US$40.97 per share at the market close on Tuesday to US$44.51 per share in after-hours trading. Nutanix is expecting second fiscal quarter revenues to be between US$325 million to US$335 million.