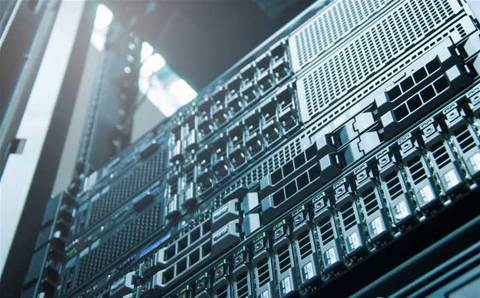 One of Nutanix's top executives has said Cisco, Hewlett Packard Enterprise and VMware cannot provide a best-in-class experience for their hyperconverged products because  they don't own the entire software stack.

"Everybody and their dog is in this space right now," said Sunil Potti, Nutanix's chief product and development officer. "But unless you are owning most of the stack, you can't provide that full experience with a single click."

Potti told attendees of the Raymond James Technology Investors Conference in New York on Monday that up until 18 months ago, much of the market felt that hyperconverged infrastructure – which combines compute, storage, networking and virtualisation on server hardware - could be a good product, but questioned whether it would support all use cases.

But as end users became more adamant about having hyperconverged architectures deployed for their new workloads, Potti said the space had gone from being the exclusive domain of smaller IT vendors to attracting some of the biggest names in IT.

And while Potti said the big players brought a lot of go-to-market muscle to the table, some of them do not seem to grasp the importance of providing totally seamless functionality. Cisco, HPE and VMware did not immediately respond to a request for comment.

"Some of them are very formidable, but some of them are also sleeping giants because they are growing old," Potti said at the conference at the Westin New York Grand Central. "You can't just take a Nokia phone, slap on Windows and say, 'I won the smartphone war'. There's a reason why those things didn't work."

Potti pointed to the example of Cisco's hyperconverged offering, which he said competes with VMware's products, but is also dependent on VMware to properly function.

"None of them have their own virtualisation experience," Potti said. "When you go to Amazon, you don't go buy VMWare for Amazon. It's built in."

Potti said Nutanix, in contrast, evolved beyond simply being a storage technology company four years ago when it started building its own hypervisor and virtualisation tools. As a result, Potti said, Nutanix has completely re-imagined how the software stack is built from the ground up.

"Nutanix is a platform player," Potti said. "It's not a product player … If you don't provide the full stack, you can't provide that Amazon-like experience."

Potti said Nutanix's prime objective was providing an AWS-like experience in the data centre, and that the company wasn't trying to replicate the hyperconverged offerings Cisco and VMware are bringing to market.

The rising adoption of AWS and other public cloud services over the past five or six years has been tremendously helpful for Nutanix since many end users have already worked through departmental feuds and have grown accustomed to consuming a one-click service across the entire company, Potti said.

"It has emotionally built a cognitive bias toward an architecture like this," Potti said. "We are looking to provide an Amazon-like experience for the global enterprise."