Nutanix gets around to formalising training 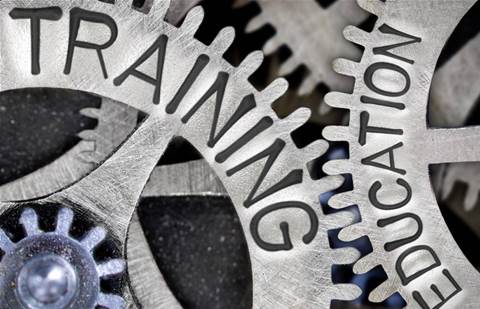 Nutanix revels in having all-but-invented hyperconverged infrastructure (HCI) and being one of the fastest-growing enterprise IT companies of all time.

And it turns out that it got there, in Australia at least, without formal training arrangements for its customers and partners.

The company yesterday told CRN it has signed Red Education, a specialist tech training outfit, to deliver “classroom-based, virtual and on-site training of Nutanix solutions to organisations across the region.”

Red’s needed for three reasons: one is that until now Nutanix Australia did the training itself and used field engineers to do so on an ad-hoc schedule. That arrangement wasn’t great for customers or partners. Or for Nutanix itself because those field engineers aren’t trained educators and could usefully have been in the field finding and delighting customers.

Another is that the ad-hoc raining arrangements were not always consistent with global content, or up to date.

The last is that Nutanix sees plenty of demand for training on its kit.

Hence the decision to sign up Red to put things on a more formal footing.

In a prepared statement, Nutanix’s head of ANZ said Jamie Humphrey said that signing Red is not just a vendor doing what a vendor’s got to do to meet demand, but actually the company’s very own small contribution to improving Australia’s digital skills so that our economy doesn’t eventually fall into an exhausted coal mine and stay there forever.

Nutanix AN/Z channel chief Andrew Diamond was more realistic, saying “Our aim is to ensure that as HCI adoption accelerates across the region and that A/NZ businesses have the necessary tools and expertise to fully exploit the opportunities and value it provides.”

Red Training MD Zach Zuravle said his company sees “considerable demand from our existing partner and end user customer base for HCI training”. So considerable is that demand, he believes “Nutanix will quickly become one of our largest partners.” Nutanix is Red's 16th such partner.

Cloud application revenue made easy
By Simon Sharwood
Dec 12 2019
8:50AM