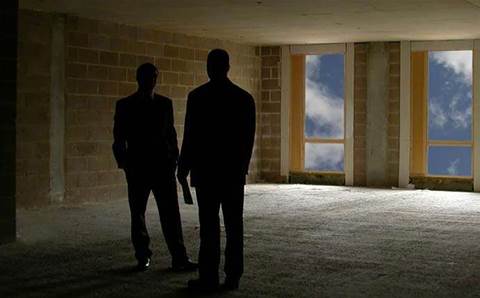 Nutanix, the top startup in the hyper-convergence market, is talking with storage vendor PernixData about a potential acquisition, multiple sources told CRN USA on Friday US time.

A deal hasn’t yet been struck, and it’s possible that the vendors might be unable to come to an agreement, sources said.  It’s not known how much Nutanix is bidding to acquire PernixData.

PernixData sells software that accelerates storage performance. Its technology ties together flash storage and solid-state drives to provide a high-performance storage tier for virtualised environments. The company was a winner of a CRN USA Tech Innovator Award for its PernixData Architect technology in 2015 and sells its software through a 100 percent channel model.

Nutanix, which held its second annual customer conference last week, is aiming to move beyond its roots in hyper-convergence to become an enterprise cloud vendor. The vendor offers its own server virtualisation hypervisor, called Acropolis, that competes with market leader VMware.

PernixData was co-founded by two VMware veterans: CTO Satyam Vaghani spent 9 years at VMware as a principal engineer focused on storage in the vSphere kernel, and CEO Poojan Kumar spent two years at VMware as head of data products.

As Nutanix pushes further into the enterprise market, it’s looking to boost the performance of storage on its software platform, sources said .

"Nutanix needs more performance, and PernixData would give it to them," one source familiar with the talks told CRN USA, speaking on condition of anonymity to protect his relationship with the vendor.

"This will allow Nutanix to do more decoupling of performance and capacity on storage," said one Nutanix partner executive, who didn't want to be named. "But the bigger addition would be the ability to more effectively use RAM as caching and accelerating the read/write of data."

Another source said PernixData has been having difficulty hiring staff as of late, in part due to ongoing financial issues. The startup has also made several changes to its go-to-market strategy and field sales teams in recent years, while also laying off staff, said the source, who didn't want to be named.

PernixData has raised US$62 million in three funding rounds since its founding in 2012. The most recent was a US$35 million Series C round in August 2014. Investors include Kleiner Perkins Caufield & Byers, Lightspeed Venture Partners and Menlo Ventures. Salesforce CEO Marc Benioff and Microsoft chairman John Thompson are also investors.

Nutanix helped create the market for hyper-converged infrastructure, which combines compute, storage and networking on x86 hardware. It claims its technology obviates the need for external storage, enabling customers to cut their hardware and management spending.

Nutanix filed for an IPO last December but delayed the offering in January, reportedly to wait for market conditions to improve.

Nutanix has raised more than US$312 million in venture funding since its founding in 2009, and took a US$75 million loan from investor Goldman Sachs in April. Nutanix CFO Duston Williams described the loan to the Wall Street Journal as "opportunistic insurance financing that was simple, quick and much lower cost than other insurance financing alternatives".