Nutanix lays off 2.5 percent of workforce 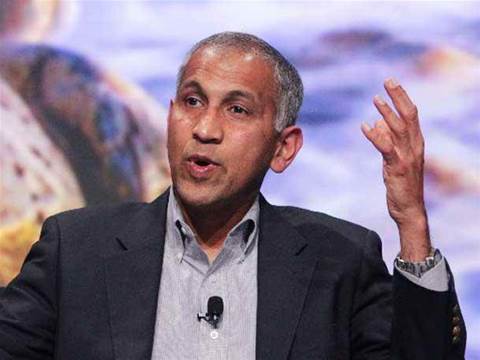 “Efficiency is an important part of our path to profitability. We have increased our go-to-market productivity including more efficient digital marketing spend, increased leverage of our channel partners, and optimized headcount in geographies based on market opportunity. In connection with these efforts, we recently decreased our global headcount by 2.5 percent from within the sales and marketing functions as we continue to refine our go-to-market model,” said Ramaswami, who took over the reins at Nutanix in December. “We expect this action to yield approximately $50 million in annual savings.”

Nutanix’s CEO said employee layoffs were mainly around where the company had “excess coverage” in specific market regions along with “creating room” to drive renewal sales.

One huge area of focus and investment on the sales front, is Nutanix doubling down on channel partner enablement and engagement. “We are building out and leveraging the partner ecosystem more now. We are building out more solution-oriented selling,” said Ramaswami, adding that Nutanix is pushing partners to sell more newer products in its portfolio such as Era, Files and Flow.

On Wednesday, Nutanix reported the financial results of its third fiscal quarter 2021, which ended April 30.

Nutanix generated a total of $345 million in revenue, an increase of 8 percent year over year.

Total sales in annual contract value (ACV) billings, which Nutanix has focused on driving, climbed to $160 million in the third quarter, rose 18 percent year over year. ACV is the total annualized value of a contract excluding amounts related to professional services and hardware.

Nutanix’s total operating expense was $450 million in the third quarter 2021, down from $476 million during the same quarter one year ago.

In the third quarter, Nutanix added 660 new customers to bring its total customer base to nearly 19,500.

Grabbing the hybrid cloud opportunity with Lenovo and Azure Services
By Mark Haranas
May 27 2021
12:39PM