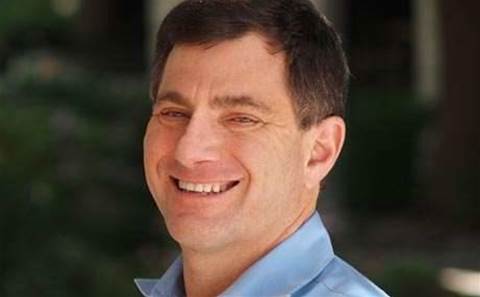 Nutanix, a swashbuckling startup in the so-called hyper-converged infrastructure market, launched a campaign to poach VCE Vblock customers that might be fed up with the friction in the VMware-Cisco-EMC joint venture.

Last Wednesday, Nutanix launched a Vblock-to-Nutanix migration service that it's delivering in conjunction with its channel partners.

Here's how it works: Nutanix partners assess VCE customers' existing Vblock environments and the workloads running on them, and then come up with a plan for migrating these over to Nutanix clusters, which consist of flash storage and hard disk drives running on up to four commodity servers.

Nutanix is also running a "trade-up" program in which VCE customers can replace their Vblocks with Nutanix, in some cases at the same cost of their existing Vblock support and maintenance, Steve Kaplan, vice president of channel and strategic sales at Nutanix, told CRN US.

VCE didn't respond to a request for comment on the Nutanix program.

Kaplan said Nutanix currently does two-thirds of its business through enterprises and government agencies and, based on this experience, is well-equipped to take on VCE.

That said, Kaplan said Nutanix is taking a measured approach to its VCE customer recruitment.

"We're not just coming in and saying, 'Throw away your Vblocks and put in Nutanix.' We're being careful to understand all the workloads and resources and requirements around that," Kaplan said.

Nutanix, whose staff includes top engineers from Google and Facebook, borrows heavily from the infrastructure philosophy of building highly customised software that runs on commodity hardware.

In Nutanix's view of the world, Vblocks – pre-integrated EMC storage, Cisco UCS servers and networking, and VMware virtualisation – are an example of legacy data centre infrastructure that is not only more expensive, but also less scalable than Nutanix's appliances.

Kaplan said Nutanix's adherence to Google's infrastructure principles is a key point of differentiation from Vblocks and other enterprise stacks.

"The questions we always ask customers are: Do you want what Google is pioneering in the cloud space? And do you want that same scalable, simple architecture in your data center?" Kaplan told CRN US.

Nutanix also promises faster deployment times than VCE is offering with Vblocks. It takes VCE 40 days to get a Vblock up and running after a customer places an order, while Nutanix takes just five days, said Kaplan.

By making its move now, Nutanix is hoping to capitalise on friction in the VCE joint venture, Kaplan said. EMC and Cisco have been butting heads for some time, and earlier this month, sources told CRN US that tensions were on the rise between salespeople from EMC and VCE.

Nutanix has raised more than $170 million in venture capital to date.