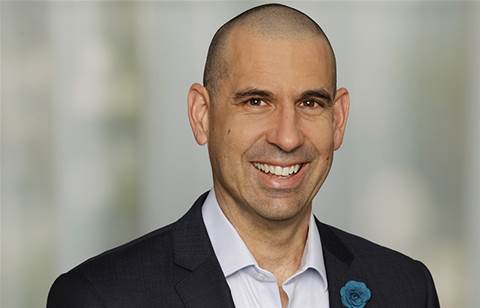 Hyperconverged infrastructure vendor Nutanix has named Matt Maw as its new head of channel sales for Australia and New Zealand.

Maw was promoted from head of technology strategy to replace David Gage, who left Nutanix earlier this month after two years as ANZ channel director.

As channel chief, a Nutanix spokesperson said Maw will “help execute on Nutanix’s vision of making clouds invisible” by working with its ANZ channel partners. He will report directly to Nutanix Asia-Pacific and Japan vice president of partner sales Michael Magura.

“Matt’s deep relationships and experience across both our partner and end-user ecosystems make him a natural fit to lead our local channel program,” Nutanix ANZ managing director Jim Steed said.

“After a 20-year career that has seen him hold executive positions on both the channel and end-user sides of the fence (including more than six years as CTO of Tatt’s Group), few people have a better understanding of the challenges organisations face and the best way partners can help solve them.”

Prior to Nutanix, he was senior manager for solution engineering at VMware from 2017 to 2020, client delivery executive at Dimension Data (now NTT Ltd) from 2016 to 2017 and managing consultant at Cisco from 2015 to 2016.

Maw also worked as chief technology officer at gambling entertainment firm Tatts Group from 2008 to 2015, national IT manager at pharmaceutical company Symbion Consumer from 2007 to 2008 and IT manager at aged care provider RSL Care from 2004 to 2007. He also worked at Norgine Limited and P&H Mining Equipment.

Nutanix in April posted a public job listing for the ANZ Channel Sales Director role following the departure of Gage, including on LinkedIn and the Nutanix website. Magura stepped in to manage the vendor’s ANZ channel business on an interim basis before Maw was hired to take the role full-time.