Nutanix sexism furore: exec to resign if it happens again 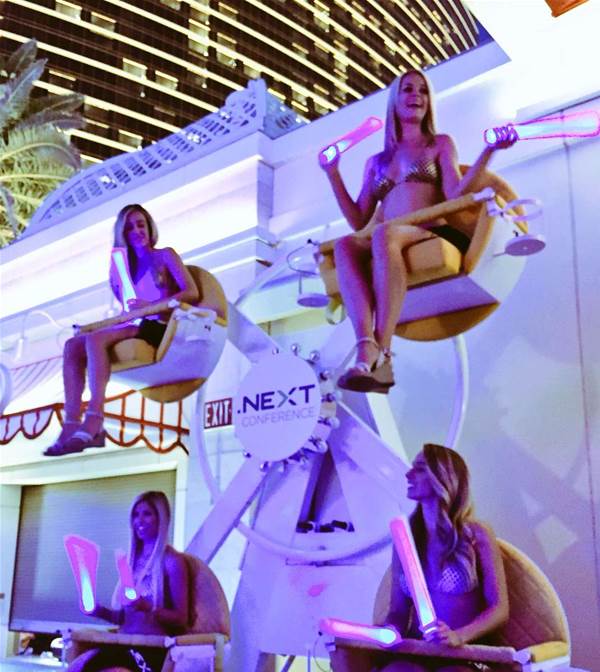 Executives from hyperconvergence vendor Nutanix have apologised for a marketing stunt widely criticised as sexist that took place at the company conference last week, with its chief marketing officer vowing to resign in the event of a recurrence.

Last Tuesday evening US time at the Encore resort in Las Vegas, Nutanix held a poolside party for some 2,500 attendees of its second annual .NEXT customer conference. The party featured bikini-clad female Encore staff members waving light wands and greeting guests while sitting on a small Ferris wheel near the entrance.

The fact that the Ferris wheel was also adorned with the Nutanix .NEXT logo, led some to call out the vendor for a display they deemed offensive and sexist after photos began circulating on Twitter.

Nutanix doing their part to elevate women in IT at #NEXTConf. pic.twitter.com/awbz5hqyG0

Dave Wright, CEO of flash storage vendor Solidfire, now part of NetApp, tweeted a photo of the Ferris wheel and sarcastically noted that Nutanix was “doing their part to elevate women in IT”.

Nutanix CMO Howard Ting apologised for the stunt in a Friday tweet and pledged to resign if anything similar happens again.

@jsnover @theseanodell @jpwarren @nutanix We are truly sorry. If something like this happens again, I will resign my position. Print that.

In a blog post Friday, Julie O'Brien, vice president of corporate marketing at Nutanix, apologised for the stunt while also offering an explanation of what went wrong.

"Unfortunately, despite the best-laid plans, we messed up in not getting rid of the entrance-way greeting wheel that the club provides as entertainment," O’Brien said in the blog post. "You either use it or cordon it off during an event. We elected to use it, and that was a mistake that we deeply regret."

This isn't the first time Ting has apologised for a marketing stunt gone awry. In June 2014, Nutanix pulled down a series of anti-VCE marketing videos featuring a female character named "Vicky Block" -  whose bizarre behavior was supposed to convey how VCE Vblocks are a jumble and confusing amalgam of different technologies - after an outcry from critics on Twitter.

Last week at the conference, Nutanix showed off new technology that it claims will help it be viewed in the marketplace as a full-blown enterprise cloud vendor. And a big part of that effort is focused on pulling customers away from VMware.

Nutanix, which already has technology that lets VMware customers switch to its own Acropolis hypervisor format, is also developing technology that admins can use to manage VMware-based virtual machines.