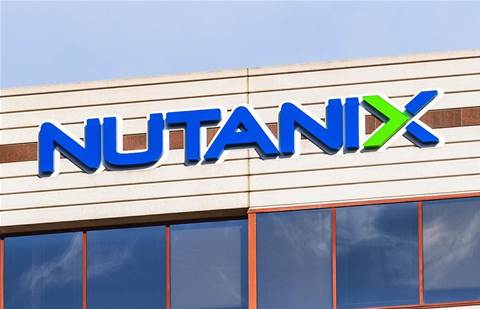 Nutanix’s stock has dropped a whopping 57 percent in less than a month and is currently down 8 percent Wednesday morning, sinking with the larger stock market amid the global coronavirus outbreak. However, Nutanix leaders are undisturbed about the company’s future.

Nutanix stock price was US$37.42 per share on 19 February, but has since fallen to US$15.94 percent as of Wednesday morning. The company’s market cap is currently US$3.17 billion.

In a recent interview with CRN USA, Nutanix CEO Dheeraj Pandey says he’s unfazed by the stock drop and is determined to grow his company into a US$3 billion software powerhouse.

The hyperconverged pioneer’s stock initially took a 28 percent hit on 27 February following its second fiscal quarter earnings report. Nutanix reported 4 percent total revenue growth of US$347 million for its second quarter year over year with a net loss of US$217 million. Software and support sales hit US$338 million, up 14 percent year over year, while software and support billings reached US$420 million, up 12 percent from the same quarter one year ago.

However, Nutanix slightly lowered its full fiscal year 2020 software and support revenue guidance from between US$1.3 billion and US$1.4 billion to US$1.29 billion and US$1.36 billion due to coronavirus concerns, specially its impact on sales in Asia, as well as a faster than expected transition to subscription.

The coronavirus has dramatically affected the IT world – from component shortages and sales drops to the canceling of major conferences across the globe.

Nutanix’s CEO and co-founder said its takes endurance, perseverance and patience to become a long-term IT powerhouse.

“Where we are with our US$2 billion to go to US$3 billion, we’ll be crossing yet another chasm. I don’t bemoan this. I think it is all par for the course,” said Pandey. “Most of the world should be, by definition, a naysayer because they’re like, ‘How could you become a larger company over time?’ We just have to keep our heads down, work on things that are in our control and not worry about what we’re not in control of.”