Nutanix takes on "big boys" of servers and storage 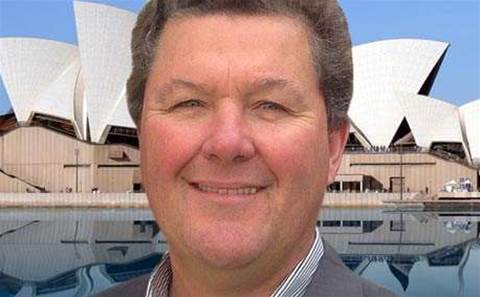 Nutanix has appointed former Silver Peak Systems and Blue Coat figure Wayne Neich to the role of managing director Australia and New Zealand as the data centre software vendor sees an opportunity to unseat the major players in storage and servers.

Nutanix's selling point is as a "converged infrastructure solution". It allows users to combine compute and storage in a single appliance, cutting costs and energy usage while also reducing infrastructure and resources.

The company is sold 100 percent through the channel, and recently appointed WhiteGold as its local disitie. The software is sold preloaded onto commodity servers.

"We're picking on the big boys," he said.

Neich stressed that Nutanix would disrupt the status quo. "People are talking about so-called storage wars, but those on the data centre front lines know that the only thing that really matters now is how storage and compute must converge into an almost infinitely scalable package.

"Frankly, anyone who isn’t doing convergence is selling something that’s already obsolete," he added.

Neich told CRN that Nutanix was finding particular success in virtual desktop infrastructure (VDI), a sector that he said had so far failed to live up to years of hype.

[LinkedIn: Which tech sectors were overhyped?]

VDI has promised cost reduction and security improvements for users, however, in reality the cost benefits have never stacked up, but all that could change with Nutanix, said Neich.

"The enablement point is around less than US$800 per desktop for VDI," he said.

"Our part of that might be just $200, but the partner is getting US$800 per node from the customer, which is where Gartner sees the on-point where VDI makes a lot of dense."

Not only are the margins healthy, but there is opportunity to sell a whole solution around a VDI set-up.

"There is a machine, a VDI client, there's us and there's a little bit of networking as well," said Neich.

Around 30% of Nutanix's local sales come from VDI, with the rest from server virtualisation.

Nutanix has won local VDI accounts with the likes of Sanity Music, the Australian Rugby Union and a number of New Zealand councils, for example.

The company has been surging locally, with eight new offices on the Asia-Pac and Japan region, including its new site in Melbourne, where Neich will be based.

[Comment: See virtualisation's past for map of the future]

Grow your software revenue by selling these 5 affordable, essential tools for the modern workplace
By Steven Kiernan
Sep 11 2013
11:27AM