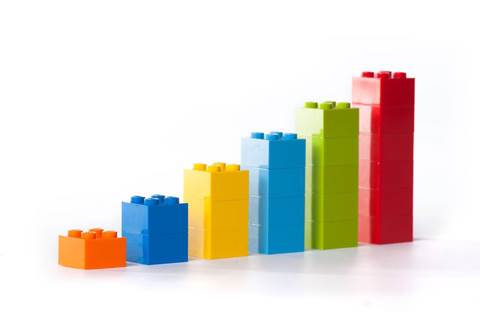 VMware and Nutanix own a combined 70 percent of the worldwide hyperconverged infrastructure (HCI) software market as the two continue to battle for market share leadership.

In the first quarter of 2020, the worldwide hyperconverged market generated US$1.98 billion in revenue, up 8.3 percent year over year, according to new data from IT research firm IDC. Hyperconverged systems have now taken over the converged infrastructure market with HCI sales now representing 51 percent of the total US$3.9 billion converged system market on a global basis.

Here are the top four market leading vendors when it comes to providing the hyperconverged software.

Hyperconverged systems running Cisco’s HCI software represented US$85 million in total first quarter sales, up 3.5 percent from US$82 million during the same quarter one year ago. The San Jose, Calif.-based networking giant captured 4.3 percent share of the global hyperconverged software market, slightly down from 4.5 percent share year over year.

HPE upped the price/performance ante in the hyperconverged market by outfitting both SimpliVity and its Nimble Storage dHCI platforms with AMD’s EPYC Rome processors. The updates are targeted at the virtual desktop infrastructure (VDI) markets including work-at-home and medical and emergency services, which have experienced a significant increase in demand amid the coronavirus pandemic.

The San Jose, Calif.-based company, who began exiting the HCI hardware industry nearly three years ago, won the silver medal in terms of global hyperconverged software share. Systems running Nutanix hyperconverged software represented US$562 million in the first quarter, an increase of 6.7 percent compared to US$526 million in first quarter 2019. Nutanix was able to win 28.3 percent share of the worldwide HCI software market, slightly down from the 28.7 percent share year over year.

Nutanix CEO Dheeraj Pandey said the coronavirus pandemic is making many IT hardware vendors “irrelevant” as many businesses speed up their digital transformation projects and seek new cloud solutions. “Hardware companies are scratching their heads on how they’ll help in this public cloud transition—and they can’t,” said Pandey in an interview with CRN this month. “They become irrelevant. Hardware companies, especially proprietary hardware companies, are having to think really hard about how they can actually help in this transition to the cloud.”

VMware jointly engineers alongside Dell Technologies, which owns a majority stake in VMware, the world’s leading HCI system: VxRail. In its biggest launch in years, Dell and VMware launched this week its new VxRail E-Series, which for the first time ever has AMD-based processors, as well as a new VxRail D-Series that has a starting price point of only US$20,000.

The new compact D-Series is only 20 inches deep and designed for the edge to withstand extreme temperatures, sustain 40G of operational shock and operate at up to 15,000 feet. The VxRail 1U E-Series includes 2nd generation AMD EPYC professors that offer customers up to 64 high performance cores and support for PCIe 4.