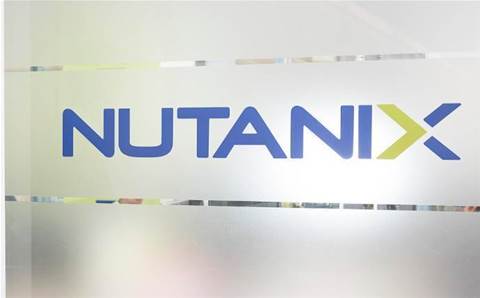 Nutanix has nearly completed its transition from hardware and software sales to software and subscription billing, and as a result is changing how it reports its financials going forward.

Nutanix, the San Jose, Calif.-based company that pioneered the idea of hyper-converged infrastructure appliances combining compute, storage, and networking capabilities with a single management plane, has pretty much moved away from its traditional hardware focus, and will focus on its subscription business as its customers look to how to use its technology with the cloud, said Dheeraj Pandey, chairman, founder, and CEO of Nutanix.

The transition will also impact how Nutanix works with the channel, Pandey said Wednesday during the company's full fiscal year 2019 financial conference call.

When asked by an analyst during the question and answer period of the call whether Nutanix's move away from a hardware focus means the company will be increasing its presence among new channel partners or go deeper with existing channel partners, Pandey replied that he thinks less is more with any relationship.

"We've done a good job with a few [partners], and we believe that, at least in the US, we have a good handle on this," he said. "Obviously, internationally, there is a lot of fulfillment through partners the channel does, beyond just lead generation. And at the end of the day, we're lucky if we actually get a few of them to really go deep. And that's where the focus has really been. Sometimes the customers bring their preference, like, 'I would like to do business with this channel partner,' and we basically work with the customer's interest there. But mostly we work with a few partners and try to give them more business."

Pandey, during his prepared remarks to analysts, also said the transition to subscription will mean two major changes in how his company reports financials going forward.

First, because Nutanix has completed its transition from a hardware model to a software model, the company will start guiding to software support and billings revenue, Pandey said.

"We hope our investors find this a simpler way to model us going forward," he said.

The second is a move to start giving annual guidance for the first time, Pandey said. "We believe we can tell a simpler, more compelling story if our true aspirational areas are met: our commercial business and our new apps," he said.

Nutanix for the past two quarters has discussed the need to rebuild its pipeline as it transitions its business to a subscription focus, Pandey said.

"I'm pleased to report that our Q4 results demonstrated measurable progress in our subscription transformation," he said. "Our pipeline funnels, our sales re-enablement, our simpler messaging on platform vs. new apps, and our hybrid cloud journey, all this has enabled us to close our fiscal 2019 on a high note."

Nutanix still has a lot of work to do in its transition to a hybrid cloud model of licensing, and the company is encouraged by its progress to date, but its subscription transition continues to move along at a rapid pace, Pandey said.

"Just like our hardware-to-software transition in fiscal 2018, we are shedding significant top-line [revenue] for our future-proof business architecture that will position us well in the era of cloud," he said. "Our sellers and customers have responded well to the model change, and we believe that subscription and infrastructure software business, both on-prem and off-prem, will quickly become a core competitive advantage for the company."

Nutanix customers can now buy portable software licenses that run both in private clouds and on bare-metal offerings in public clouds, Pandey said.

"We'll make a strong push for why hyper-convergence matters even more in the public cloud virtual networks, and why data and applications need to be close together, preferably on the same machines and physically within the same racks," he said.

"More importantly, they'll be able to move applications freely and redeploy Nutanix licenses back and forth, thus creating a true hybrid cloud, with a virtual private cloud ... experience on both sides," he said.

Nutanix's digital transition activities continue to be ahead of expectations, with fourth fiscal quarter subscription revenue up 16 percent from that of the third quarter, and now representing 71 percent of total billings, Pandey said.

"That's strong progress towards our previously-stated goal of 75 percent by the end of calendar 2021," he said.

When asked by an analyst how Nutanix works with public clouds, Pandey said his company's hyper-converged infrastructure technology and its stack of three layers--data plane, control plane, and management plane--is attractive to customers working with public clouds.

"Customers really like our data plane because it's reliable and highly available," he said. "And when I say data plane, I'm not just talking about storage. I mean filers and object storage, and our microsegmentation like our network products."

For example, Pandey said, customers who want to use Nutanix with Azure like to use Azure's billing, identity, and data center.

"So there'll be a certain blurring of the line between what they want to use from Azure, which could be Azure credit, and how they can [take advantage of] those credits by using a Nutanix-like technology," he said. "I think that's where the world is really heading for us."

For Nutanix' fourth fiscal quarter 2019, which ended July 31, the company reported revenue of $299.9 million, down 1.3 percent from the $303.7 million the company reported for its fourth fiscal quarter 2018. Nutanix said the drop in revenue reflected the reduction in pass-through hard revenue from last year's $35.9 million to this year's $13.0 million, along with revenue compression due to the ongoing transition to its subscription focus.

Looking forward, Nutanix issued its first ever fiscal guidance. The company said for its first fiscal quarter of 2020, the company expects software and support revenue between $290 million and $300 million, software and support billings between $360 million and $370 million with hardware accounting for under 3 percent of total billings, and non-GAAP net loss per share of approximately $0.75.