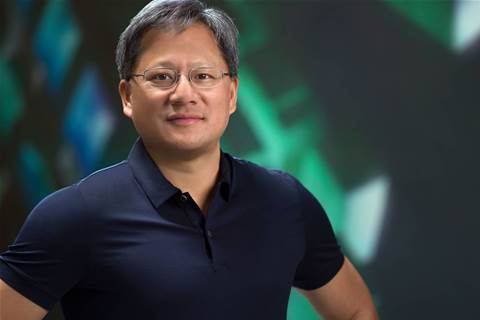 Nvidia CEO Jensen Huang said the company’s future success lies not in its ability to optimize performance at the chip level but to push things forward with “data centre-scale computing.”

Huang, the company’s co-founder, made the comments Wednesday as the company reported that its data centre revenue eclipsed gaming sales for the first time in the company’s history, thanks in part to its acquisition of Mellanox Technologies that gave Nvidia a critical component of modern data centres: high-speed interconnects.

“Going forward, you optimize at the data centre scale. The reason why I know this for a fact is because if you’re a software engineer, you would be sitting at home right now and you will write a piece of software that runs on the entire data centre in the cloud,” Huang said during Nvidia’s earnings call for the second quarter of its fiscal 2021 year. “He has no idea what’s underneath it, nor do you care. And so what you really want is to make sure that that data centre is as high throughput as possible.”

Huang pointed to Nvidia’s future as a “data centre-scale company” in response to an analyst’s question about the importance of process technology given Intel's recent struggles with its own 7-nanometer process. Nvidia’s new A100 data centre GPU, launched in May, uses chip foundry TSMC’s 7nm process, but Huang said the reaction to Intel’s has been off base.

“Process technology is a lot more complex than a number. I think people have simplified it down to an almost a ridiculous level,” he said.

While Nvidia’s engineering work on process technology is important, according to Huang, architecture is just as, if not more important.

But even then, the chip that the architecture powers is just one part of the equation, which is why Huang believes innovation in computer chips alone cannot drive new advancements in performance. It needs to happen in the communication between the chips, which is why Nvidia developed the NVLink GPU-to-GPU interconnect and why it acquired Mellanox for system-level interconnects. It also needs to happen at the system level, which is why the company created its line of DGX deep learning systems.

“All of that technology was inspired by the idea that you have to think about the data centre all in one holistic way,” Huang said.

While Huang did not address speculation about Nvidia potentially acquiring Arm, he made clear why he values the British chip designer in response to an analyst. Huang said Nvidia has been a long-term partner of Arm, which provides silicon designs for several products, from automotive applications to the system-on-chip that powers the Nintendo Switch game console. The company has also made a major investment in enabling Arm-based servers for GPU acceleration.

“We work with the Arm team very closely. They’re really, really great guys,” Huang said. “And one of the special [things] about the Arm architecture is that it’s incredibly energy efficient. And because it’s energy efficient, it has the headroom to scale into very high-performance levels over time”

Nvidia’s second-quarter revenue was US$3.76 billion, a 50 percent year-over-year increase over the same period last year and beating Wall Street’s expectations by US$210 million. The company’s new earnings, on the other hand, was US$2.18 per share, above Wall Street’s analyst estimate by 21 cents.

The company’s stock price was down about 1.6 percent in after-hours trading Wednesday.

Out of the company’s five market segments, Nvidia’s data centre revenue grew the fastest, increasing 167 percent year-over-year to US$1.75 billion. Mellanox accounted for more than 30 percent of the data centre segment — and 14 percent of total revenue — while the new A100 GPU made up less than a quarter, which CFO Colette Kress said shows there’s a lot more room for growth.

Gaming revenue was US$1.65 billion, up 26 percent from the same period last year. OEM was also up, 32 percent, growing to US$146 million. The professional visualization and automotive segments were down — 30 percent to US$203 million and 47 percent to US$111 million, respectively — which Nvidia attributed to the economic impacts of the coronavirus pandemic on industries like automotive, manufacturing and media.

The company said it expects third-quarter revenue to be US$4.4 billion, plus or minus 2 percent, which would mark a roughly 13 percent increase from the same period last year. Kress said gaming GPU sales are expected to increase more than 25 percent from the second quarter while data centre revenue is estimated to be up only by the low- to mid-single digits.

Eliminating departmental friction within MSPs
By Dylan Martin
Aug 21 2020
6:34AM