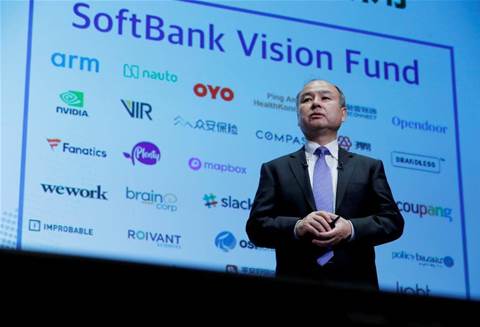 SoftBank Group Corp CEO Masayoshi Son said on Thursday the sale of chip designer Arm to Nvidia Corp will drive growth in computing power, in his first public comments since the US$40 billion deal was announced in September.

Son made the comments at a virtual summit about artificial intelligence hosted by Saudi Arabia, an anchor investor in the US$100 billion Vision Fund, at which he reiterated his belief that AI would transform society.

The Nvidia deal, part of a series of asset sales by Son, whose group has been shaken by soured investments and the COVID-19 pandemic, has raised concerns it will threaten Arm's role as a neutral supplier in the industry.

Son is set to speak next week with Nvidia CEO Jensen Huang at SoftBank World, the group's annual event for customers and suppliers that is being retooled as it focuses on investing.

SoftBank's growing cash pile is driving speculation about future investment plans, with the Vision Fund targeting external funding for a blank-check company, a source said, in a sign the group is regaining its mojo.

"I am a risk taker," Son said on Thursday.

Rajeev Misra, CEO of SoftBank Investment Advisers which oversees the Vision Fund, said the market share gained by online commerce companies in the last six to eight months is more than what they gained in the previous four years put together.

"COVID has accelerated the acceleration of AI even further," Misra told the same conference, adding in the 105 companies Vision Fund 1 and 2 have invested in, artificial intelligence is the core of their businesses.

(Reporting by Sam Nussey in Tokyo and Saeed Azhar in Dubai; editing by Jason Neely and David Evans)

Cloud application revenue made easy
By Sam Nussey and Saeed Azhar
Oct 23 2020
11:39AM