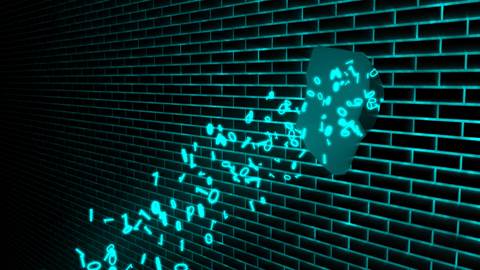 US chipmaker Nvidia said on Tuesday a cyber attacker has leaked employee credentials and some company proprietary information online after their systems were breached.

"We have no evidence of ransomware being deployed on the Nvidia environment or that this is related to the Russia-Ukraine conflict," the company's spokesperson said in a statement.

The company said it became aware of the breach on 23 February. Nvidia added it was working to analyse the information that has been leaked and does not anticipate any disruption to the company's business.

The chipmaking giant’s email systems and developer tools were suffering from outages this week after what is believed to have been a malicious network intrusion, according to The Telegraph.

“We are investigating an incident,” Nvidia told CRN US in an emailed statement. “Our business and commercial activities continue uninterrupted. We are still working to evaluate the nature and scope of the event and don‘t have any additional information to share at this time.“

A ransomware outfit under the name "Lapsus$" has reportedly claimed to be responsible for the leak and seemingly has information about the schematics, drivers and firmware, among other data, about the graphics chips.

Nvidia then launched a retaliatory strike against the Lapsus$ ransomware gang to prevent the release of the chipmaker’s stolen data, the ransomware group claimed.

“EVERYONE!!! NVIDIA ARE CRIMINALS!!!!!!!!! SOME DAYS AGO A ATTACK AGAINST NVIDIA AND STOLE 1TB OF CONFIDENTIAL DATA!!!!!! (sic),” the Lapsus$ operator posted to their public Telegram channel. “TODAY WOKE UP AND FOUND NVIDIA SCUM HAD ATTACKED **THE** MACHINE WITH RANSOMWARE…….”

Screenshots from the publicly accessible Lapsus$ Telegram channel were shared on Twitter by multiple security researchers including Emsisoft threat analyst Brett Callow and cybersecurity enthusiast Soufiane Tahiri. It is unclear when exactly these messages were posted, and Lapsus$’s Telegram channel was inaccessible Saturday afternoon due to the alleged posting of pornographic content, Callow told CRN US.

At a market cap of about $600 billion, Nvidia is the most valuable chipmaker in the United States.