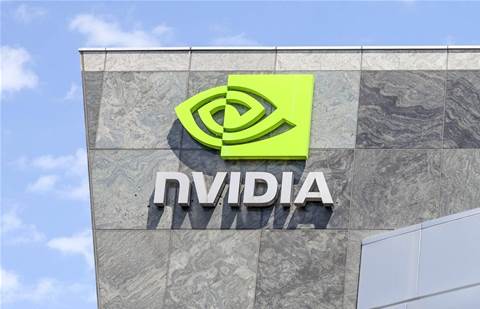 After warning shareholders about a "turbulent and disappointing" fourth quarter in early January, Nvidia's stock price soared on Thursday in after-hours trading thanks to Q4 earnings and revenue that exceeded Wall Street's adjusted expectations.

Nvidia's stock price was up as much as 8 percent in the evening after posting its Q4 earnings for fiscal year 2019, an upswing that was also driven by a 2020 revenue forecast that painted a somewhat rosier future than what analysts were predicting.

The company's Q4 revenue was US$2.21 billion, a 24 percent decline from the same period last year, which was in line with Nvidia's updated forecast and slightly above analyst estimates. The company's net earnings for Q4 were 80 cents per share, beating Wall Street's expectations by 17 cents.

The slowdown was largely the result of diminishing gaming GPU sales, which decreased 45 percent year-over-year to US$954 million. GPU sales for professional visualisation and data center applications, on the other hand, grew 15 percent and 12 percent, respectively, to US$239 million and US$679 million.

Nvidia previously said the gaming sales slump was the result of lower demand in China, among other "deteriorating macroeconomic conditions," with fading demand from cryptocurrency mining users an underlining factor. There was also lower demand for graphics cards based on the company's new Turing GPU architecture, which enables realistic lighting and shadow rendering through ray tracing technology.

“This was a turbulent close to what had been a great year,” Nvidia CEO Jensen Huang said in a statement. "The combination of post-crypto excess channel inventory and recent deteriorating end-market conditions drove a disappointing quarter."

The Santa Clara, Calif.-based company closed its fiscal year 2019 with US$11.7 billion in revenue, a 21 percent increase from the previous year. For 2020, the company expects revenue to be flat or slightly down from 2019, which is roughly in line or better than what analysts had forecast.

“Despite this setback, NVIDIA’s fundamental position and the markets we serve are strong," Huang said in his statement. "The accelerated computing platform we pioneered is central to some of world’s most important and fastest growing industries – from artificial intelligence to autonomous vehicles to robotics. We fully expect to return to sustained growth."

While Nvidia's Q4 data center revenue increased from the same period last year, it was down 14 percent from the previous quarter, which is in line with a slowdown in server sales Intel is experiencing in the market. Meanwhile, AMD reported sequential growth for its data center GPUs for its most recent quarter while its EPYC CPUs doubled in sales.

Nvidia had warned that data center sales would slow down, citing a number of deals that did not close in Q4 due to customers exercising caution amid economic uncertainty. However, Huang pointed out during Nvidia's Q4 earnings call that despite the slowdown, the company's full-year 2019 data center sales grew 52 percent to US$2.9 billion, making it Nvidia's second largest business next to gaming.

"I think it has to be temporary," Huang said of the slowdown during the call. "The computing needs of Earth surely have not been satisfied with what shipped last quarter, so I think the demand will return."