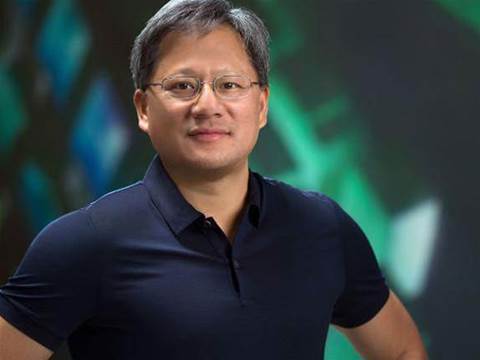 Nvidia CEO Jensen Huang on Wednesday said during a press briefing that he was in talks to use Intel foundries to produce GPUs, a development that could see the dogged rivals join forces.

“Our strategy is to expand our supply base with diversity and redundancy at every single layer,” Nvidia’s Huang told reporters, according to several published reports. “(Intel) is interested in us using their foundries, and we’re very interested in exploring it… I am encouraged by the work that is done at Intel. I think this is a direction they have to go, and we’re interested in looking at their process technology.”

For GPUs, AMD and Nvidia both use Taiwan Semiconductor Manufacturing’s (TSMC) foundry. AMD’s strategy so far has been to produce cheaper GPUs with similar performance to Nvidia. TSMC is currently the worlds top GPU foundry, with Intel seeking to take market share with its own proprietary chips. Intel CEO Pat Gelsinger at the “Intel Accelerated” event in July made it his mission to grab the number one spot from TSMC by 2025. If he manages to wrestle away one of TSMC’s biggest clients, Intel might be able to meet that lofty goal.

Gelsinger told Reuters that Intel is “thrilled for (Nividia’s) interest in using our foundry capabilities,” and confirmed that discussions between the companies were ongoing. A spokesperson for Intel declined to offer further comment. AMD did not return messages seeking comment.

Of course, Nvidia’s Huang played down the competitive angle of the possible collaboration, saying Nvidia has been sharing information and working with its competitors for years. “We have been working closely with Intel, sharing with them our roadmap long before we share it with the public…” he said. “Intel has known our secrets for years. AMD has known our secrets for years. We are sophisticated and mature enough to realize that we have to collaborate.”

In any case, the ongoing drama that’s playing out in the semiconductor market is yielding interesting developments almost daily.