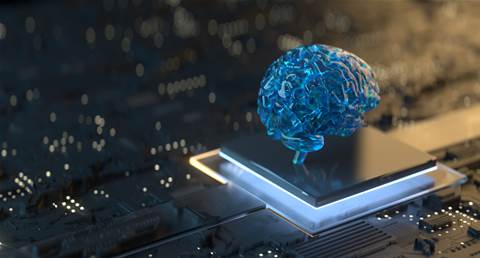 Nvidia believes it can build a “significant” business with the new Nvidia AI Enterprise software suite it’s launching on VMware’s vSphere virtualization platform as part of an exclusive agreement.

Made generally available on Tuesday, Nvidia AI Enterprise aims to “democratize” AI for the enterprise with a set of AI tools and frameworks, and it allows customers to virtualize GPUs for AI and data analytics workloads in existing data center infrastructure with VMware vSphere 7 Update 2. The software suite is integrated with software from MLOps vendor Domino Data Lab to help customers handle machine learning workflows, from data acquisition to application deployment.

Nvidia has certified the software to run on mainstream GPU servers from Lenovo, Hewlett Packard Enterprise and other vendors in its Nvidia-Certified Systems program, which now includes Dell EMC VxRail, the program’s first hyperconverged platform that has been qualified for Nvidia AI Enterprise.

“The idea here is the same servers that have been racked and stacked into private clouds in enterprise data centers today can now be utilized for AI with a small amount of GPU added to the server: affordable, accessible, incremental cost,” said Manuvir Das, head of enterprise computing at Nvidia, in a pre-briefing. “So when you use the server with [virtual machines] that are not doing accelerated workloads, there’s no regrets. It’s pretty much the same server at incremental costs. And when you deploy VMs with accelerated computing, you get massive benefit.”

The company previously told CRN US that Nvidia has an exclusivity agreement with VMware for Nvidia AI Enterprise, meaning the software suite will not be available on any other virtualization platform for an undisclosed period of time.

Das said the chipmaker believes the new software suite “is a significant business for Nvidia going forward.” At an investor conference in June, he said Nvidia AI Enterprise could represent “billions of dollars of opportunity over time” because of the software suite’s licensing and support costs, which the company has modeled after VMware’s pricing model, combined with Nvidia’s belief that AI applications will become pervasive among enterprises.

“One of the reasons why we are so confident that the democratization of AI is to come is that to this point, companies that have adopted AI have done so because if you think about the core function of their business, they required AI to make the core function of their business better,” said Das, a former Dell EMC executive who also played a crucial role in the development of Microsoft Azure.

Subscription licenses for Nvidia AI Enterprise start at US$2,000 per CPU socket per year, and the subscription includes standard business support five days a week. The software is also supported with a perpetual license of US$3,595 per socket, but customers need to pay extra for support. For subscription and perpetual license customers that require support around the clock, Nvidia charges additional for a “24/7” option.

“If you’re a customer that has a model already for how you procure licenses for VMware vSphere or how you upgrade, Nvidia AI Enterprise works exactly the same way and so from a business process point of view, it’s also straightforward,” Das said.

Das said Nvidia partnered with VMware to develop Nvidia AI Enterprise because most enterprises run their line-of-business applications on vSphere as the “de facto operating system of the data center.”

In addition to mirroring VMware’s pricing for vSphere, Nvidia has “mimicked” other aspects of the virtualization company’s strategy for Nvidia AI Enterprise, including incentives such as margins for channel partners, Das said in an interview with CRN US from earlier this year.

“We almost want this to be as though Nvidia AI Enterprise is a new software stack created by some team at VMware,” Das said in May. “So everything — the sales motion, VMware’s team, all their channel partners, the incentives they provide to their channel in terms of margin and discounting and [market development funds] and all those things — we’ve just mimicked.”

Selling Nvidia AI Enterprise through channel partners is an important part of the chipmaker’s strategy, and several partners across the world are selling the software from day one, including Atos, Carahsoft, Computacenter, Insight, NTT and SoftServe. The company is also selling through OEM and ODM partners, including Dell EMC, Gigabyte, Hewlett Packard Enterprise, Inspur and Lenovo.

Eliminating departmental friction within MSPs
By Dylan Martin
Aug 26 2021
6:24AM