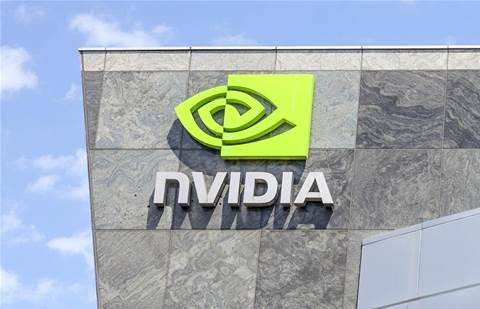 Nvidia CEO Jensen Huang said the company's acquisition of Mellanox Technologies will make the chipmaker a central player in the shift from hyper-converged infrastructure to a new kind of data center architecture that is necessary to support artificial intelligence workloads.

The new architecture, Huang said in a letter to employees Monday following the closing of Nvidia's Mellanox acquisition, is all about "accelerated-disaggregated infrastructure," which he said consists of AI accelerators like Nvidia's GPUs, high-speed networking components like Mellanox's interconnects, container orchestration services and composable system designs.

"AI is now driving an architecture change from Hyper-Converged Infrastructures to Accelerated-Disaggregated Infrastructure," he wrote. "Nvidia and Mellanox are at the epicenter of this shift."

Nvidia's $7 billion acquisition of Mellanox closed on Monday after receiving approval from China antitrust regulators a week earlier, clearing the last major hurdle for the deal. The closing of the deal capped the end of a more than yearlong journey for Mellanox, which reportedly received bids from Intel, Microsoft and other companies after the vendor put itself up for sale in 2018.

In Huang's letter to employees, the Nvidia CEO and founder said he began acquisition discussions with Eyal Waldman, founder of CEO of Mellanox, at the Supercomputing conference in Dallas, Texas, in 2018. Waldman asked him if Nvidia wanted to put in a bid for Mellanox after the company received interest from multiple parties, according to Huang.

"He’s incredibly proud of Mellanox, and rightfully so," Huang wrote in the letter, which was posted to Nvidia's website. "At the end of the conversation, I told him that Nvidia would be the final and highest bidder. The bidding was intense. Nvidia was the highest bidder."

Huang told employees that Santa Clara, Calif.-based Nvidia and Sunnyvale, Calif.-based Mellanox are a "perfect combination" because they both care about high-performance computing and "are wired for performance and technology leadership." He said this has been demonstrated in the trajectories for Nvidia's data center business and Mellanox's overall business, which have both grown around 40 percent since the deal was announced in March 2019.

Daniel Newman, principal analyst at Futurum Research, said he agrees with Huang's stance that the Nvidia-Mellanox deal will put the combined companies at the center of future data centers. The analyst said he spoke with Huang on Monday shortly after the acquisition closed.

"The big thing that I really walked away from this is that the company is going to be the power broker of high-performance compute and data center," he said.

While Nvidia now owns "the only game in town" for high-speed interconnects — as one Nvidia partner previously said — Newman said Huang was clear in their conversation that the company intends to keep Mellanox's technologies open to other companies, including competitors.

Grabbing the hybrid cloud opportunity with Lenovo and Azure Services
By Dylan Martin
May 3 2020
6:27AM