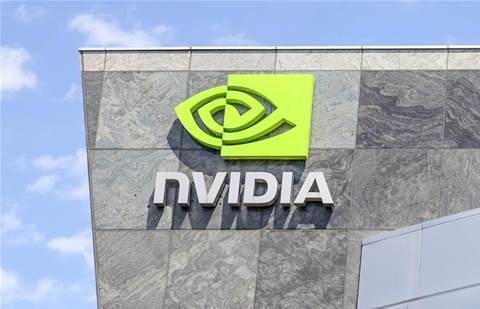 Nvidia CEO Jensen Huang said his company’s Mellanox networking business is in the “early inning of growth” after the chipmaker projected that a slowdown in sales in the fourth quarter will cause data centre revenue to contract sequentially for the first time in more than a year and a half.

While the company reported strong overall results for its third quarter Wednesday, Nvidia CFO Collette Kress said in the company’s earnings call that data centre revenue in the fourth quarter is expected to contract “slightly” due to a “meaningful sequential revenue decline” for Mellanox products.

This decline will break a six-quarter sequential growth spurt for the company’s data centre business, which has largely been driven by the growing prevalence of its GPUs but then received a major boost earlier this year after Nvidia acquired Mellanox Technologies for US$7 billion.

After the Mellanox acquisition closed in April, the company began incorporating revenue from Mellanox’s networking products, which include InfiniBand interconnects and network interface cards, into the data centre segment, starting with the second quarter. That quarter, Mellanox accounted for just a little over 30 percent of data centre revenue, which prompted the segment to eclipse Nvidia’s sales for gaming GPUs for the first time, driving year-over-year growth to 167 percent.

In the third quarter, Mellanox products accounted for roughly a third of data centre revenue, an even larger portion of the segment. At US$1.9 billion, it marked another record for quarterly revenue in the data centre and year-over-year growth was just a few points short of the previous quarter, at 162 percent.

The company’s data centre GPU products, on the other hand, are expected to grow in the mid-single digits in the fourth quarter sequentially, according to Kress.

Huang said he’s very bullish on the future of Mellanox’s products in the data centre, which he expects will be driven by a move from a traditional hyperconverged infrastructure for servers to “microservices-based, software-defined disaggregated architectures.”

“I fully expect future cloud data centres, all future data centres are going to be connected with high-speed networking inside — they call it east-west traffic — and all of the traffic will be secure,” he said. “And so imagine building firewalls into every single server. And imagine every single transaction, every single transmission inside the data centre to be high speed and fully encrypted.”

Connected to this vision are the company’s BlueField data processing units, or DPUs, that combine Mellanox SmartNIC technology with Arm processor cores and, in some cases, Nvidia GPUs, with the goal of offloading critical server workloads from the CPU to improve data centre economics and introduce new security capabilities. The company revealed a new family of BlueField DPUs at Nvidia’s GTC 2020 virtual conference in October.

Asked by an analyst if Huang thinks Nvidia’s data centre GPU revenue growth is being constrained by any factors, the CEO said the company’s grown in the near term is “more affected by the cycle of manufacturing and flexibility of supply.”

“We‘re in good shape, and all of our supply informs our guidance,” he added. “But we would appreciate shorter cycle times. We would appreciate agile supply chains. But the world is constrained at the moment, and so we just have to make the best of it.”

Nvidia’s revenue for the third quarter of its 2021 fiscal year was US$4.7 billion, a 57 percent increase over the same period last year and US$310 million higher than what Wall Street analysts expected. The company’s net earnings were US$2.91 per share, 36 cents above analyst expectations.

While data centre is expected to decrease sequentially in the fourth quarter, gaming revenue is expected to continue growing in what is typically a down quarter for the company. Those factors will contribute to a projected US$4.8 billion in total revenue, plus or minus 2 percent, for the fourth quarter, which would amount to a roughly 54 percent year-over-year increase.

The company’s stock price was down nearly 2 percent in after-hours trading.

Eliminating departmental friction within MSPs
By Dylan Martin
Nov 20 2020
11:54AM