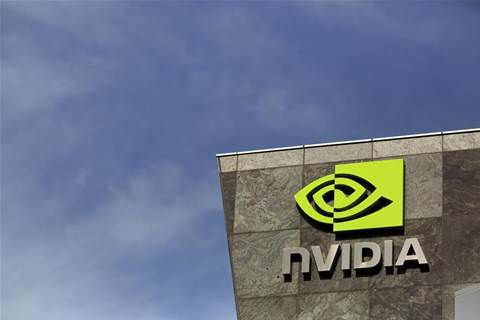 Shares of the company fell 8.8 percent in extended trading, after tanking roughly 40% this year in tandem with a wider sell-off in growth stocks over concerns of aggressive rate increases.

The forecast included an estimated reduction of about $500 million of revenue relating to Russia and the COVID-19 lockdowns in China, the company said.

"The pullback after hours is an overreaction to geopolitical events outside of the company's control, not a weakening demand environment," said Logan Purk, analyst at Edward Jones.

A rout in the cryptocurrency market also hurt demand for its GPUs, or graphics processing units, which are favoured by miners of cryptocurrency. The company's chief financial officer said in a statement Wednesday that Nvidia had a 52% year over year decline in its OEM and Other revenue category due to a drop in revenue from processors for cryptocurrency mining.

Still, demand from data centre clients remained strong as more firms shift to the cloud and incorporate artificial intelligence in their operations.

"The effectiveness of deep learning to automate intelligence is driving companies across industries to adopt Nvidia for AI computing. Data Center has become our largest platform, even as Gaming achieved a record quarter," said Nvidia Chief Executive Officer Jensen Huang in the company's earnings statement.

Nvidia forecast second-quarter revenue of $8.10 billion, plus or minus 2%. Analysts on average expect $8.45 billion, according to IBES data from Refinitiv.