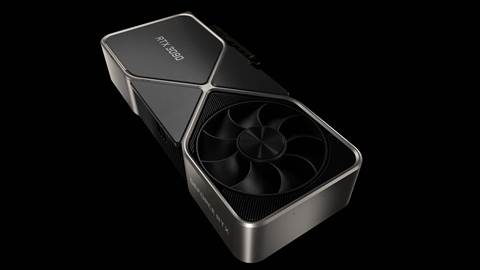 The Tuesday reveal comes after Nvidia in May launched the first product based off its new Ampere architecture, the A100 data center GPU, which unifies training and inference into one architecture and can be partitioned into seven distinct GPU instances using the new multi-GPU instance feature.

The founder‘s edition of GeForce RTX 3080 is set to come out first, on Sept. 17 for $1,139, the same price as the previous generation RTX 2080 Super while offering significantly better performance. The graphics card comes with 8,704 CUDA cores, 10 GB of GDDR6X RAM and a boost clock of 1.71 GHz.

Based on Nvidia‘s new Ampere architecture, the GPUs powering the graphics cards come with streaming multiprocessors that provide twice the throughput for single-precision floating-point math, when compared to Turing. The GPUs also double the throughput for ray tracing performance with second-generation Ray Tracing cores and for artificial intelligence with third-generation Tensor Cores, which enables Deep Learning Super Sampling 2.0 possible.

The new GeForce RTX graphics cards require a PCIe 4.0 connection, meaning only AMD‘s third-generation Ryzen processors can take advantage of them as Intel has yet to deliver desktop processors that can support that level of connectivity.

In a virtual presentation overnight, Huang pitched the new graphics cards, which will include models made by add-in board partners, as a game-changer for the PC gaming market, particularly because of how he thinks it will lead to more gamers taking advantage of ray tracing in games to render realistic lighting and reflections in real time.

“Today‘s Ampere launch is a giant step into the future. This is our greatest generational leap ever,” he said. “The second-generation Nvidia RTX, fusing programmable shading, ray tracing and artificial intelligence, gives us photorealistic graphics and the highest frame rates. At the same time, once the holy grail of computer graphics, ray tracing is now the standard.”