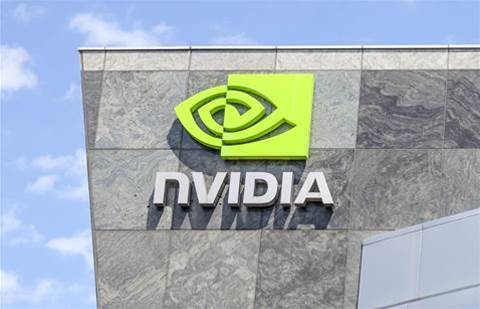 Nvidia has revealed its flagship Titan RTX desktop GPU for artificial intelligence researchers, data scientists and content creators, but the beast of a graphics card will come at a high price: US$2499.

The company called the Titan RTX the "world's most powerful desktop GPU" in its announcement Monday, saying that it delivers 130 teraflops of deep learning performance and 11 GigaRays of ray-tracing performance, the next-generation rendering technique that realistically models how light interacts with objects to produce cinema-quality graphics in real time.

The Titan RTX, which the company has nicknamed "T-Rex," builds off Nvidia's AI-boosted Turing graphics processor architecture that was announced in August, which prompted Nvidia partners to predict it would shake up gaming and workstation markets. The company has called Turing its biggest invention since the Cuda GPU in 2006.

"Turing is Nvidia's biggest advance in a decade – fusing shaders, ray tracing, and deep learning to reinvent the GPU,” Jensen Huang, Nvidia's CEO, said in a statement. “The introduction of T-Rex puts Turing within reach of millions of the most demanding PC users — developers, scientists and content creators.”

The graphics card also provides "incredible performance and memory bandwidth" for real-time 8K video editing, according to Nvidia. The Titan RTX will be available in the U.S. and Europe later this month.

Nvidia's stock price was up more than 3 percent Monday morning.

The company's stock plummeted by as much as 19 percent in mid-November after reporting its third-quarter earnings results, which showed that it had fell short of Wall Street's expectations on future revenue guidance and that cryptocurrency mining sales had seen a steep decline.