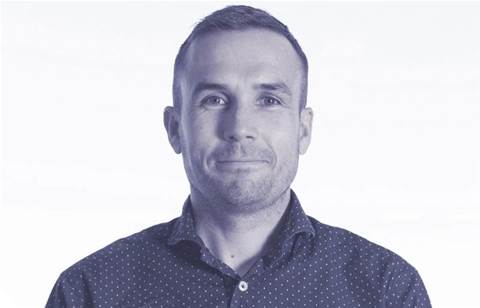 vBridge, a Christchurch, New Zealand-based IT consulting firm and Veeam partner recently went through an ISO 27001 certification and its head of cloud products Ben Young spoke to CRN about the process.

Young, who was present at the VeeamON 2022 conference in Las Vegas, told CRN vBridge was also the only cloud provider in New Zealand that has the certification across the whole Softsource group of companies.

vBridge was acquired by NZ software company Softsource in February 2021, forming a company that specialises in hybrid cloud services.

Young said vBridge's customers want the company to innovate and make the buying experience as streamlined as possible.

“The whole business end-to-end is ISO certified and customers like that, it's a big selling point, especially to government and larger enterprises. For some, it's a ticking a box, but for others, it's something that's important. Customers like us for that,” he explained.

“Take backup for Microsoft 365 as an example. You can see that the jobs and hundreds of ways and there's lots of levers to pull, which is really good from a configuration perspective, but customers often just want to be told what the best practices.

“We take all of that out of the equation we make a product or service, we will look at the best practices, work with the team or the vendor to work out what those are and then how we want to sell it. We'll deliver that and because of our portal, we have the luxury of doing that,” he added.

Young said they have created an easy to use and visually attractive site for their customers.

“We can hide all of the nerdy technical bits in the background and wrap that up in a nice consumable product, which they like,” he explained.

“If they've got a problem, if they need to back up or they need to do this and we go here's the product and this is the way that we do it. We will obviously always have that flexibility in the background or in tweaking things as required.”

Young said the acquisition of vBridge by Softsource was a natural fit for the two companies as the directors of each companies have had a longstanding professional relationship.

“The two companies, [Softsource] wanted what we had and we were getting asked more to have what they had around sales, procurement and managed services. They lined up and we started having conversations, and it happened,

“It's been pretty smooth at the moment., it's two separate entities still remaining and two separate companies. There are probably plans in the future to streamline things at the process, but at the moment has been just left alone as it is and we're selling each other's services.”

Athina Mallis travelled to VeeamON 2022 as a guest of Veeam.