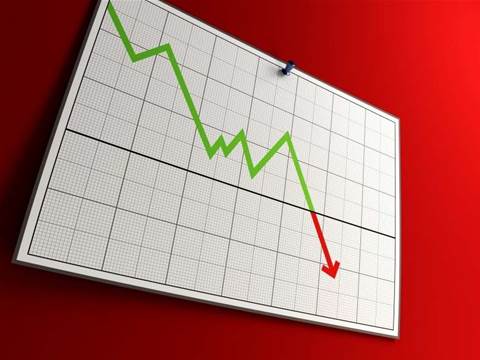 Sydney channel player Object Consulting is up for sale after going into voluntary administration.

The company held a creditors meeting earlier this week and administrators have filed documents with the Australian Securities and Investment Commission (ASIC) that reveal testing circumstances.

The ASIC filing reveals that the company owes substantial amounts of wages and superannuation to employees and over $10 million to creditors, but has little cash on hand and around $500,000 of outstanding receipts. An advertisement offering the company for sale says it has a $4 million pipeline of booked work and the potential to double that. 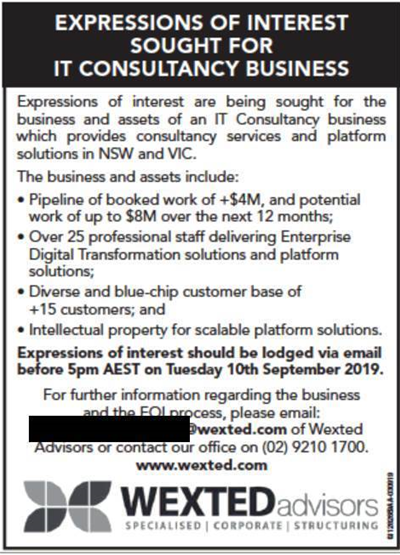 An ad in today's Financial Review that CRN understands refers to Object Consulting being up for sale. Click to expand.

CRN understands that administrators have not yet determined how Object found itself in this position, but that the company is capable of trading on – and is indeed open for business at the time of writing - and already has several parties interested in an acquisition. Helping things along is that Object pondered a sale in recent years, so the consultancy that assisted with that process has already laid some ground work for a deal been brought in to expedite a transaction.

The news isn’t great for all Object staff - CRN understand that around a third of staff were let go, because they were not actively engaged in revenue-earning projects. But customers have been informed of the situation, contracts for work remain in place and some clients are even increasing their commitments with the company.

A second creditors meeting is due to be held in late September and hopes are high a sales will have been concluded by that time.

Object has a storied history. The company is more than twenty years old, won Microsoft’s global Cloud Partner of the Year prize in 2013, has been shortlisted for many other awards and over more than 20 years in operation won a reputation as a substantial development and implementation house that serves blue chip companies.

The company partners with AWS, Google and Microsoft, and those alliances plus its track record have led to high hopes of a swift sale as Object possesses in-demand skills.