Office 2019 will be exclusive to Windows 10, says Microsoft 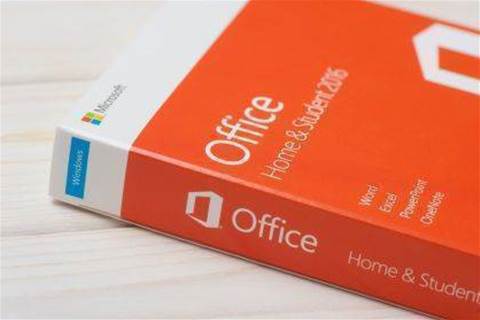 Microsoft has confirmed what many people predicted - Office 2019 will only be available on Windows 10 devices, leaving those using older iterations of its platform out in the cold.

The productivity suite is expected to launch in the second half of this year, the company revealed, with previews available in the second half of the year. Alongside the shipping and preview information, the company said Microsoft Office 2019 will only be available for Windows 10 SAC release, Windows 10 Enterprise LTSC 2018 and the next LTSC release of Windows Server.

"Software that is more than a decade old, and hasn't benefited from this innovation, is difficult to secure and inherently less productive. As the pace of change accelerates, it has become imperative to move our software to a more modern cadence."

Microsoft also said it will not be offering a 'Microsoft Installer' (MSI) as a deployment method - users will only be able to install the application as a "click-to-run" product.

Additionally, Office 2019 will ship with a reduced extended support period. Although it'll offer five years of mainstream support, it will come with "approximately 2 years of extended support," with the period ending definitively on 14th October 2025. Microsoft said this is to align with the support for Office 2016.

"At Microsoft, we're committed to helping our commercial customers deliver a secure and productive modern workplace – and that means helping them get current and stay current on Office and Windows," Caldas and Spataro said. "Many customers are already in the process of planning their upgrades, and today's announcements address feedback we've heard from them over the last few months."