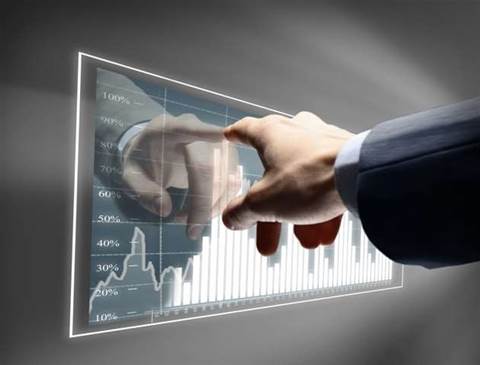 Microsoft’s ongoing evolution into a cloud-software company is forcing change at a rapid rate on the largest body of resellers in the Australian market. Reading between the lines, it’s clear that software vendors will never rely on traditional IT resellers as much as they did pre-cloud. The decline in the status of the IT reseller is taking margins and control of the customer with it.

Last month Microsoft Australia gave the clearest indication of this direction yet. The new version of Office 365 was released in late February with two new plans; the Small Business Premium plan and the Mid-Size Business plan.

The latter, known as the M plan, is unique in the Office 365 line up. It’s the only plan Microsoft has designated for SME resellers to sell directly. Microsoft even created a new licence for it – Microsoft Office 365 Open.

The Open licence allows resellers to set their own margins, repackage Office 365 services with their own and bill the customer directly. It sits alongside the Advisor licence where resellers are paid a commission for handing the sale over to Microsoft, or in Australia’s case, to the distributor Telstra.

But the Advisor licence alone was never enough.

“Since I arrived, two and a half years ago, we’ve had a set of partners tell us they want to recognise the top-line revenue and control margin and package our cloud services with their own offerings. Office 365 through Open allows them to do all of that,” Jon Roskill, corporate vice president of Microsoft’s worldwide partner group, told CRN US in late February.

Resellers selling the M plan under the Open sales licence would become the partner of record and get credits for future sales. Resellers making sales through the Open licence would also receive “some of the richest if not the richest rebates ever” offered to partners, Roskill said to CRN US. (He told CRN the margin would be 23 points in the first year.)

“We’re doing that to send a clear message. Our biggest competitor is not somebody like Google. It’s our on-premise products. A lot of partners have made a lot of money selling on premise. We want to make sure they can make just as much if not more selling cloud,” Roskill said.
With the Open plan Microsoft overturned the two truisms of selling cloud software – the vendor owns the customer and bills directly, and cloud-software commissions are too anaemic to survive on alone.

So in short, the Open plan is a bold move by Microsoft and sends a powerful message of support to its resellers as they attempt to negotiate the transition to cloud.

But the bad news is the Open plan is available everywhere around the globe where Office 365 is sold – except Australia. Why?

Microsoft hasn’t given a full and public explanation to the channel. A blog post headlined “Office 365 Commercial Availability” published two days after the launch of the new Office 365 only said that the Open licence wouldn’t be available to Australian resellers.

“In Australia Office 365 will not be available as an Open Licence type, we will continue to sell Office 365 exclusively via our Partner, Telstra, for small and medium business,” wrote Toby Bowers, business group lead for the server and tools division of Microsoft Australia.

“The two new product SKUs (M and P2 SKUs) will be available in Australia as a subscription from Telstra,” Bowers said.

I asked Microsoft to confirm whether the Office 365 Open licence is coming to Australia. The official response: “Since we launched Office 365 in June 2011 we have partnered with Telstra to bring Office 365 to small and medium sized businesses. This arrangement continues and as such the current reseller model and compensation schemes continue, with no change. It also means the Office 365 Open Licence subscription model is not available in Australia. Current arrangements for larger customers buying through an Enterprise Agreement also remain unchanged.”

So what does this mean?

The message to resellers is business as usual. Telstra is still the single point of contact for any sale not on an enterprise agreement (usually over 250 seats).
Sydney-based Office 365 MVP Robert Crane is unfazed that he will not be able to sell under the Office 365 Open Licence. The Telstra relationship has its upsides, he says.

Monthly billing
Crane points out that resellers in the US and elsewhere have to sell Office 365 on a 12-month contract overseas whereas Telstra lets its partners sell on a monthly basis. Overseas businesses are locked into plans for a year are unable to upgrade their licences even if they want to, Crane claims.

“Unfortunately Telstra doesn’t get enough credit for providing that facility. In the smaller end of the market it is quite common to scale up. You find that 10 percent of people don’t change. They might be two or three users and are never going to grow,” Crane says.

“The vast majority will want an extra person here or there. You find you sell five licences the first time and in three months it’s nine licences and then 15.

Most resellers aren’t aware that (monthly contracts are only in Australia) and they change up and down plans on a regular basis without appreciating that.”

Monthly contracts also make the initial sale much easier. Crane sells the benefits of cloud-based email and starts a customer on Exchange Online. As they appreciate the benefits of mobile working and collaboration he can introduce them to the other products in the following months.
“The biggest demand is to get people across the line with email first. It gives you that flexibility to say, I understand you’re a bit hesitant about Sharepoint and Lync, let’s go with email and you can add things on a month by month basis.”

Licensing changes are either extra staff as Office 365 is rolled out within a business or it takes on new employees, or other features. Archiving is an example of a service businesses are happy to buy once they are comfortable with the platform.

“It’s not that Microsoft won’t bring out (the Open licence) but they can’t because of the Telstra exclusivity contract. Where we can’t bill Office 365 ourselves we just put our professional services on the Telstra bill,” Strant says.

The monthly subscription is a key advantage for another reason, Loryan says.

If a reseller’s customer signs up for a 12-month Office 365 contract and then goes out of business, the reseller must continue to pay out the contract to Microsoft, he claims. “People aren’t reading between the fine print,” he says.

Crane says he accepts that Telstra will own the customer and control the billing. It is part of the new reality of cloud computing where productivity suites are treated as commodities.
So how do resellers make money on Office 365 without those chunky Open Licence commissions?

Small resellers are in a quandary. Most want to stay small and have the personal touch with the client. But Crane says this is impossible unless they choose to specialise in areas such as Project Online.

“Unfortunately I don’t think many resellers are able to skill themselves up to be a specialist; they are generalists. If they want to stay small and be a generalist their opportunity is over in my opinion. As a small operator you just can’t do it.”

“People just have to wake up and realise that the world has changed. Partners have to adapt. If you’re doing less work for customers then get more customers or offer more services,” Strant says.

Resellers will be facing competition from a range of new channel competitors. Telcos are just the beginning. Business consultants, accountants and bookkeepers will start recommending Office 365 to their clients, with the fulfilment handled by Telstra.

Accounting firms that had recently signed on as Xero partners could win a free 12-month Office 365 subscription for up to 10 members by signing up a certain number of businesses to Xero.
Xero CEO Rod Drury told me the campaign was to “get things moving”. “Step one is getting all the accountants in Australia and New Zealand onto Office 365. We think that’s inevitable over the next three years.

Once the accountants start to work with their end customers to (move them to Office 365) as well.”

Drury ran a Microsoft systems integrator Glazier Systems in New Zealand before co-founding Xero and remains in close contact with Redmond. He says “it’s completely logical” that Microsoft needs to build a direct relationship with customers rather than through resellers.
“Because Microsoft has sold through VARs they don’t know who their customers are and can’t market to them directly,” Drury says. “There’s just not enough margin. That absolutely means that the VAR channel has to look for new opportunities.”