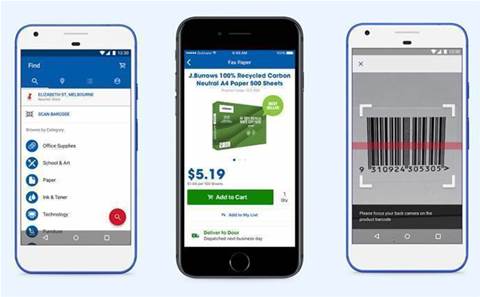 Omnichannel has been the watchword of the retail sector and Officeworks is capitalising, seeking out a mobile developer to build iOS and Android apps to drive more business online and in-store.

After winning the tender with one of the biggest retailers in the country, Outware spent seven months working on the project, which was ultimately delivered on time and on budget. The resultant app has received outstanding reviews on both the App Store and Google Play.

The project began with a three-week design initiation phase, which allowed Outware to go through features and requirements in-depth and set up a prioritised backlog, define relevant dependencies, and start conceptualising feature design.

The agile approach continued throughout the project, culminating in a final sprint iteration that led into regression testing and user acceptance testing and finally submission to the relevant app stores.

Features of the app include barcode scanning, giving consumers more detailed product information in-store, while Outware also uses design conventions such as floating action buttons to ensure that important functions, such as searching the product catalogue, are easily accessible.

Melbourne-headquartered Outware Mobile is a multiple CRN Fast50 company. Publicly listed Melbourne IT acquired a majority stake in the company in 2015.

Outware Mobile is a finalist in the Customer Experience category at the 2017 CRN Impact Awards. Follow this link for the full list of finalists. The winners will be announced at the Impact Awards dinner during the CRN Pipeline conference in Sydney on 6-7 April.