Officeworks to offer device-as-a-service with CSG 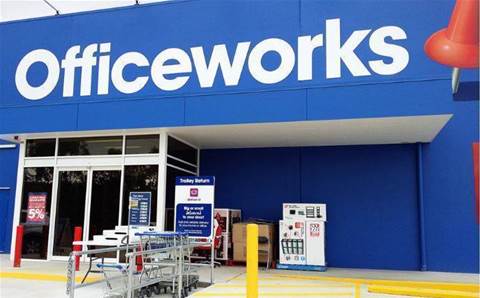 Office supplies giant Officeworks has entered an agreement with CSG to deliver device-as-a-service to its customers in Australia.

The technology-as-a-subscription organisation yesterday announced through the ASX that Officeworks would offer devices in print, communications, desktop and display solutions through CSG’s subscription model.

“Officeworks is a leading retailer and supplier of office products and solutions in Australia and this initiative will provide an additional channel for CSG which will accelerate the growth in technology-as-a-subscription sales in this market,” she said.

With more than 160 Officeworks locations in Australia, the deal marks a big win for CSG, which has been growing its technology-as-a-service offering, once based mostly in print, to deliver office-centric packages on subscriptions.

In a recent interview with CRN, Tasso Mangos, chief technology officer and general manager for cloud and communications solutions at CSG, said the company’s own Total Office solution marked the next iteration in its as-a-service offering, geared at reducing the complexity around the provisioning and management of devices in an office.

“All of those onboarding items cost time and money, and there is no consistency, especially in a smaller market. So we bundled and preconfigured a support service around the bundle that provides a PC at its core.”

Though it is not yet specifically known how Officeworks and CSG’s finance model will function, Mangos said it was CSG’s own finance company that underpinned its Total Office solution.

“We finance for a term that the customer chooses for the subscription service and then we combine the subscription renewals with the hardware and remodel that to a per-monthly charge,” he said.

“The larger it gets the more flexible it becomes, we retain some of the risk and depending on the system, they can extend, refinance and do a whole bunch of flexible things. As long as we stay involved and know what’s coming, we are very flexible,” he said.