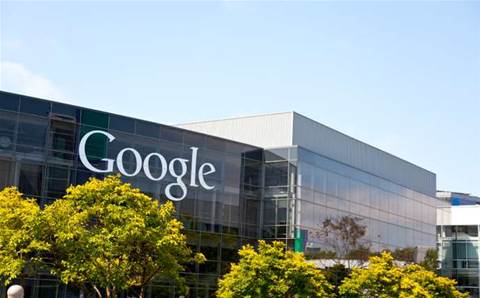 Google has in the past abstained from recognising its cloud technology partners with any preferential designations, but Tuesday, Okta, an identity management vendor, secured an endorsement directly from the internet giant's cloud chief.

Diane Greene, the former VMware CEO who took the helm of Google's cloud business about nine months ago, delivered a keynote revealing an "expanded alliance" with Okta, one of Google's preferred partners for identity and access management, at Oktane 16, the company's user conference in Las Vegas.

The tighter collaboration, along with Greene's appearance at the event, signals a recognition that the shift from on-premise infrastructure to the cloud increasingly hinges on effective identity management controls, Frederic Kerrest, COO and a co-founder of Okta, told CRN USA.

That "preferred" designation came with a list released last November of eight "Google For Work Recommended Cloud Apps." Okta won't be the last ISV on that list to have its status elevated, according to Google.

The shift to a more prescriptive relationship with partners is illustrative of Google expanding its cloud business, under Greene's stewardship, to enterprise customers that demand end-to-end solutions with best-of-breed ISVs, Kerrest told CRN.

"They traditionally have been all about providing a neutral ecosystem," he said. "That's one of the big changes over the nine months under Greene's leadership. To be more aggressive in the enterprise, you need to take a strong stance on the reference architecture you recommend, the solutions you suggest."

After eight years in business, Okta is a leading vendor of cloud-based identity management software to enterprises looking to implement tighter controls on how their networks are accessed by employees and external customers, partners and vendors. The San Francisco-based company was one of only three vendors (with Microsoft and Centrify being the others) in the Leaders category of Gartner's Identity and Access Management-as-a-Service Magic Quadrant for 2016.

Okta has launched a new product each year it's been in business, and now offers a range of solutions through the Okta Cloud Platform, from single sign-on to adaptive multifactor authentication, to SMS controls and software tokens for mobile devices, mobility management, provisioning and de-provisioning.

The company also has close relationships with Google's cloud rivals—Okta is a Microsoft Office 365 Gold Partner, and works closely with Amazon Web Services as well, which actually hosts its service.

But Google is the up-and-comer in the industry, Kerrest said.

Since Greene took charge of that business, "we've really seen an acceleration of their push into the enterprise," Kerrest told CRN USA. "Not only Apps [software-as-a-service], but across the Google Cloud Platform."

While most of the hundreds of Google-Okta joint customers primarily use Apps, Okta is seeing a pickup in business verifying users for Google Compute Engine and App Engine, he said.

The expanded alliance spans both tech integration, with joint development efforts and reference architectures, and the business relationship between the companies. The integration efforts will continue evolving, Kerrest said, with Okta adding functionality as GCP rolls out more advanced platforms in the future.

Through the partnership, Okta will be able to provide enterprises with a more flexible multicloud architecture, he told CRN USA.