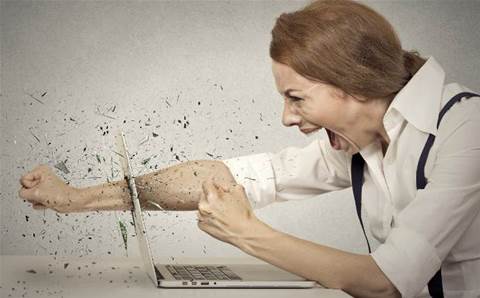 The Telecommunications Industry Ombudsman has decided to refine its complaints handling to better deal with complicated NBN issues where one or more service providers may be at fault.

The changes to the TIO’s terms of reference do not afford the ombudsman any new powers, but rather clarify how it can use existing powers to get answers on behalf of NBN customers stuck in an endless loop of blame-shifting.

The NBN has been plagued with customer experience problems this year, mostly due to the complexity of who provides what in the end-to-end connection, which can make it difficult to pinpoint who should correct a problem.

Many customers have reported circumstances where their retail service provider (RSP) and NBN Co blame each other for problems.

The government now convenes a regular roundtable of RSP chiefs, NBN Co, regulators and departmental representatives in a bid to tackle some of these customer experience issues.

But the TIO also has a part to play, given it ends up mediating many complex complaints. NBN complaints more than doubled in the past year.

A joint federal inquiry into the NBN recently last month recommended – among other things – that the TIO be “empowered to compel any relevant parties to a complaint to meet together or otherwise cooperate in order to facilitate the resolution of that complaint within a set reasonable timeframe".

The TIO can use its existing powers to do so. It today revealed it had made changes to its terms of reference to reflect this at the end of last month.

“At this stage the ombudsman is not proposing any significant change to the complaint handling procedures, and will continue to raise complaints with service providers in the first instance, to allow them to resolve complaints from consumers based on their contract for service,” it said.

“The ombudsman may also ask the other member to take action if this is necessary resolve the complaint.”

Angus Fotheringham, general counsel of Inabox, said the RSP was broadly supportive of the move.

“[We have] seen a significant increase in faults and service delivery resolution times related to NBN connections due to the number of diverse networks that an end-user/customer’s connection can pass through between NBN Co and the customer,” Fotheringham said.

“Inabox Group observes that both as a retail service provider and as an aggregator of wholesale services, remediation work timeframes and new connection resolution times have increased consistently and materially from non-NBN connections, and in a large minority of cases by a multiple of three or more.

“In many cases the lack of any interconnection between the systems of various suppliers in a supply chain means that multiple phone calls between different entities in a supply chain are the only available way to obtain information on a customer request.”

In a submission to the TIO, Kerrie Croaker, director of regional New South Wales ISP Ant Communications, said it was "imperative that the TIO make changes to their terms of reference".

Croaker pointed to the "complexity of the telecommunications supply chain in particular with the rollout of the national broadband network and how this impacts on providers' inability to resolve complaints in some instances without carriers and intermediaries being held accountable".

The ACCC also backed the move.

"Although we consider that an RSP is the entity that is responsible for complaints raised by their customer, NBN Co and intermediaries play an essential role in the delivery of the customer's service and may be best placed to assist in the resolution of a service-related problem," it said.

Optus’ head of regulatory compliance Gary Smith said the telco wanted to see more detail on how engaging with multiple parties would work in practice, seeking assurances on security and privacy of information to be exchanged.

“Optus would like to see a more fully articulated multi-party process outlined, and for it to be subject to further consultation with TIO members to ensure the practical arrangements of resolving complex complaints across parties are managed effectively and without unintended consequences,” Smith said.

The Communications Alliance also sought assurances on information handling as well as how the TIO would charge fees under the revised terms.