One developer built a third of BlackBerry apps 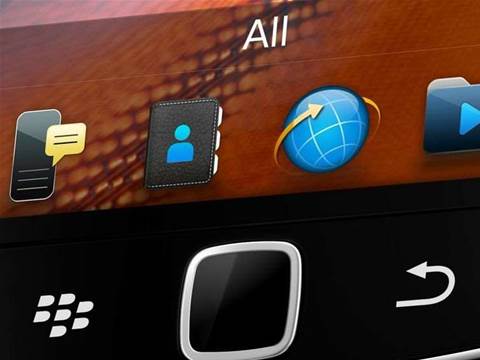 BlackBerry CEO Thorsten Heins has touted the growing volume of apps in the company's app store - but it turns out more than a third of those come from a single developer.

Heins boasted in May that there were 120,000 apps for BlackBerry 10, in an attempt to drum up developer enthusiasm for the OS.

What he didn't mention was that more than 47,000 come from one developer, Hong Kong-based S4BB Limited, notes BerryReview.

A quick glance at the developer's most popular apps show a range of low-grade apps - including one dedicated entirely to turning off your phone's camera shutter noise, and the aptly named "Mega Fart".

There are some potentially useful apps, including data backup and weather apps. There are also numerous city guides and language apps, most of which cost £2 to download.

That an official app store contains low-rent apps is less of a surprise than the sheer volume. Google Play also offers S4BB apps, though only 81 out of Android's total of more than one million apps. Apple also has close to one million apps in its App Store, with none from S4BB.

BlackBerry is considering selling the company after its latest devices disappointed consumers and investors. The firm is exploring "strategic alternatives", including a sale, but analysts suggest the manufacturer might struggle to find a buyer.