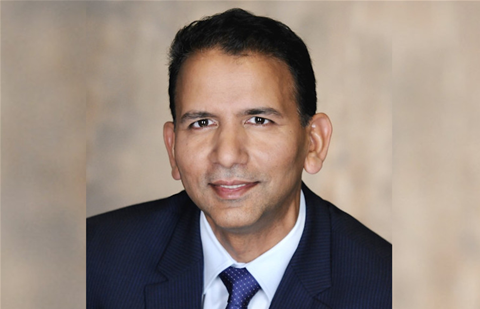 One Identity purchased OneLogin to become the first in the industry to bring identity governance, privileged access, and identity access management together on one platform.

Both companies are based in California, USA.

One Identity said OneLogin’s market-leading capabilities around single sign-on, multi-factor authentication and customer identity and access management (CIAM) are a perfect complement to the company’s existing portfolio, said One Identity president and general manager Bhagwat Swaroop. The terms of the deal, which closed Friday, weren’t disclosed.

“I hope channel partners look at us as a strategic thought partner as well as a credible provider of this capability set,” Swaroop told CRN US.

“No one else in the industry has what we have to offer. We have a lead of many, many years over our competitors. And it’s a very critical platform to partner with us on.”

OneLogin was founded in 2009, employs 281 people, and has raised $175.2 million of outside funding, according to LinkedIn and Crunchbase. The company has been led since August 2017 by Brad Brooks, whose future with One Identity has not yet been determined, according to Swaroop. One Identity is part of Quest Software, which was acquired from Dell by Francisco Partners and Elliott Management in 2016.

While Okta has also announced plans to bring IAM, IGA and PAM together, Swaroop said One Identity will benefit from having market-leading offerings in all three of those areas.

“I feel confident in our ability and our capability set to build a strong player in the market,” said Swaroop, who joined One Identity from Proofpoint last November.

One Identity has traditionally been focused on Fortune 5000 companies, while OneLogin has historically been strongest in the commercial and mid-market segments, meaning there’s limited customer overlap between the two organisations. Both companies are strongest in North America and Europe, and see robust customer demand from the financial services, healthcare, manufacturing, and telecom verticals.

Swaroop plans to keep OneLogin as a standalone business unit with its existing brand for the indefinite future, with channel champion Matt Hurley continuing to run the company’s sales team, he said. The engineering organisations for One Identity and OneLogin will also be kept separate for the time being to ensure the speed and time to value from OneLogin’s optimized selling motion is preserved, he said.

The company plans to offer OneLogin’s technology as part of the One Identity Unified Identity Security platform within the next six months to make it easier for partners and customers to take advantage of the entire portfolio, he said. One Identity partners will be able to cross-sell OneLogin’s products and vice versa imminently and can get trained in service delivery on the new products in the coming months.

One Identity will closely track new customer logos, additional customer seats, and wallet share growth with existing customers stemming from the OneLogin acquisition, according to Swaroop.