One of world's largest data storage firms lands on ASX 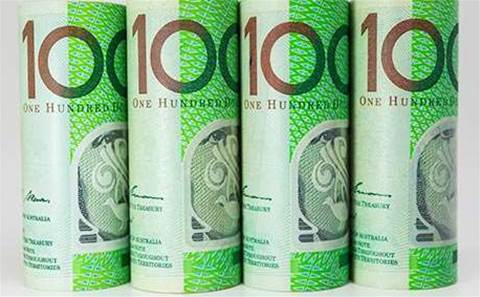 US information management provider Iron Mountain is set to list on the ASX after today's blockbuster agreement to acquire Australian-listed firm Recall Holdings Limited for $3.4 billion.

For each Recall share, shareholders will have the option of receiving 0.1722 Iron Mountain share plus US$0.50, or AU$8.50. The NYSE-listed Iron Mountain will establish a secondary listing on the ASX to facilitate the deal.

"We are delighted to have reached this milestone agreement with Recall. Our combined companies will become a strong competitor in the global corporate services industry," said Iron Mountain chief executive William L Meaney. "Recall is an attractive business with a history of solid growth."

Once the transaction is complete in early 2016, Recall shareholders will own about 21 percent of Iron Mountain, with two Recall directors to join the board of the US parent.

Iron Mountain announced to the USA and Australian markets that integration costs are expected to amount to US$300 million. Meaney said that the synergies from the union would offset that one-off expense.

"Due diligence has allowed us to increase our estimates of total net synergies from the transaction to approximately US$155 million, and to shorten the time horizon for achieving them," Meaney said.

"In addition, our due diligence identified the opportunity for increased synergies and savings in other areas, including REIT integration, which allows us to distribute a portion of those savings to Recall shareholders."

Iron Mountain, before the acquisition, had 21,000 staff worldwide, including its Australian presence. The company, founded in 1951, operates 1000 facilities, 10 data centres and 3500 vehicles to manage 65 million backup tapes and 12 million cubic metres of paper records.

Recall Holdings was established by Brambles in 1999, and now has 300 operations centres to service 80,000 customer accounts in 24 countries. The company's headquarters is in Atlanta, USA.