OneNote arrives on Mac, free for all 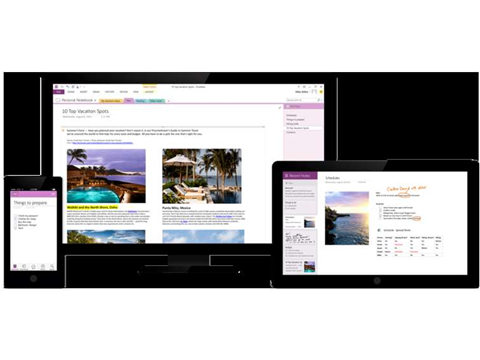 Microsoft has released a version of OneNote for the Mac for the first time, and has made the note-taking application free for everyone.

OneNote is Microsoft's note-taking tool, which lets you make quick annotations, clip web pages and take snapshots of documents to save for later. The move puts it head-to-head with apps such as Evernote, which has long offered a free version.

The extension to OS X means OneNote is now available on Windows and Windows Phone, Mac and iOS, Android and the web. Announcing the move, Microsoft acknowledged that a note-taking application ought to be available on all platforms, ready to capture your thoughts as and when you have them.

"OneNote is now free everywhere including the Windows PC desktop and Mac version because we want everyone to be able to use it," the company said in a post on the Office blog.

OneNote now also has an API to make it easier for third-party apps to connect to it, Microsoft said. And the software has gained a few new features, including Clipper, to save web pages, a tool to email notes to OneNote, and Lens, for snapping pictures of documents and whiteboards with a Windows Phone.