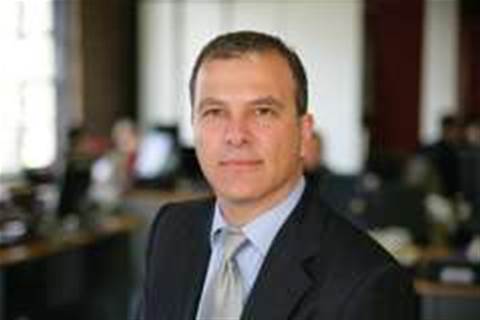 There is now the possibility that - if Bottle Domains wins its case - auDA may be subject to damages for loss of business, potentially bankrupting the tightly budgeted administrator.

Larry Bloch, CEO and co-founder of Netregistry says Chris Disspain of auDA has acted as judge, jury and executioner by cancelling Bottle Domains' accreditation so suddenly, here he talks to CRN about how this action is now proving to be grossly negligent.

'This was always going to end up in the courts and Disspain was naïve to think Bottle Domains would allow its accreditation to be taken away without a fight.

auDA should have ensured that its actions were proportionate and minimised negative impacts to domain name holders.

auDA should have maintained Bottle Domains' accreditation whilst the matter was resolved between them.

Bolton came in for a lot of criticism last week after selling his voting shares in the BrisConnections project for $4.5 million, scuppering his own resolution and leading to claims of greenmailing in the press.

AuDA's actions follow a security incident in February involving Bottle Domains and the disclosure by Bottle as part of that investigation of a previous unreported incident dating from April 2007.

auDA claims Bottle's failure to report that alleged security breach is a contravention of Australian Style's obligations under the Registrar Agreement and decided to terminate its registrar accreditation.

Bottle Domains may or may not have breached its Accreditation Agreement, but by taking the action it did, auDA has precipitated an expensive legal battle and the domain name owners it is tasked to protect are stuck in the middle.

Bottle's 20,000 domain name customers have already been told by auDA that they are no longer Bottle customers, only to be told by auDA days later that that decision has been reversed - and may be reversed yet again pending Wednesday's court battle.

Cloud application revenue made easy
By Staff Writers
Apr 21 2009
8:27AM