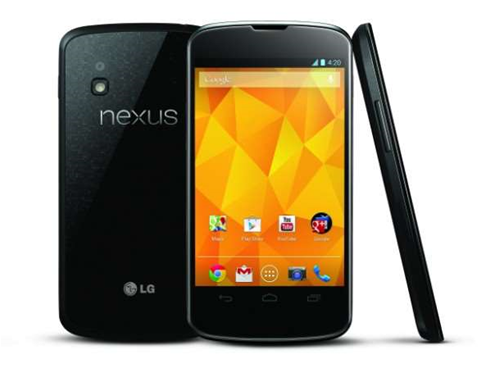 Who’s bought a Nexus 4 in the last few days? Not me, although I’m really, really tempted.

For those that are still on the fence, it looks like shortages of this Android unicorn are a thing of the past. The 16GB Nexus 4 went back on sale Tuesday morning in the Google Play Store, after selling out last Thursday in less than seven hours, and it’s still available now.

Given it sold out within 20 minutes the first time it went on sale back in November, its current availability suggests that Google now has a bit more stock in its warehouse. Then again, it could sell out before you finish reading this article.

I’ve added the Nexus 4 to my shopping basket in the Google Play Store four times already in the last 24 hours, but I can’t quite bring myself to finalise the transaction. If it had LTE, I wouldn’t even be writing this column – I would’ve been one of the first people to fling my credit card at Google last Thursday, and right now I’d be excitedly playing with my new purchase.

There are so many things I like about the Nexus 4. It has, quite easily, the sexiest design of any Android smartphone I’ve seen. It’s even nicer than the iPhone 4/4S/5, between the glass panels on the front and back, the rubberised frame in the middle, and the cool speckled pattern that changes in different lighting conditions.

The screen is also brilliant. LG’s ZeroGap technology, which integrates the touch sensor with the glass, allows colours to come through as far more rich and vibrant, making other displays look milky in comparison. The combination of Android 4.2 and the 1.5GHz Qualcomm Snapdragon S4 Pro processor with 2GB of RAM also makes the Nexus 4 incredibly responsive.

The fact that the Nexus 4 is first in line for any Android updates is another strong point in its favour. I’ve mainly been using Samsung devices for the last three years, and having to wait and wait for updates is painful. Samsung isn’t the only one to blame here – carriers add most of the delay when it comes to rolling out OTA updates to end users.

But the Nexus 4 has its shortcomings too. The first is the aforementioned lack of LTE. I’ve been using 4G since Optus launched its LTE network back in September, and I can’t go back to HSDPA now – not when I’m getting up to 70Mbps downloads on a regular basis.

Another shortcoming is storage, or the lack thereof. If you can buy a 32GB microSD card for under $20, then why is the Nexus 4 hobbled with only 16GB at most? People need more storage on their smartphones than ever, between the apps and games that are getting increasingly larger, all of the sideloaded music and movies, and hi-res photos and videos.

All of this really adds up, and 16GB just doesn’t cut it. At the very least, Google should offer 32GB and 64GB options for power users.

Finally, there are a few excellent smartphones due for release in the next couple of months. The Sony Xperia Z, for instance, with its 5in Full HD display; and the LG Optimus G, which is essentially the Nexus 4 but with LTE and a 13MP camera.

There are also rumours that the Samsung Galaxy S4 will be announced in March or April. There's nothing worse than buying a 'hot new thing' only to have it superseded within weeks by something newer and better.

It’s for those reasons that I don’t have a $399-shaped hole in my credit card balance right now, but these things aren’t universal deal-breakers by any stretch of the imagination. For bargain hunters that want the best-possible smartphone for the least amount of money, the Nexus 4 is an unbelievably good deal.

Eliminating departmental friction within MSPs
By Jenneth Orantia
Feb 7 2013
11:12AM