Opinion: Why it's "curtains" for the PC era 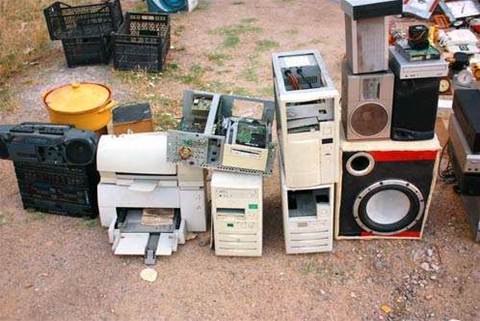 The argument bounces back and forth. Have we entered a new “post-PC” era? And what does it mean if we have?

As you might expect, tempers run high on this subject. People have a lot of emotional weight invested in this. You know things are getting out of hand when people write tweets spanning five or more messages.

The argument for the “no, we’re not” brigade goes like this: we can’t be in a post-PC era because hundreds of millions of PCs continue to be sold each year – there’s a decline, they concede, but it’s still a huge number. They point to the view that a new, post-PC era implies we don’t need a PC any more, that we can get along fine without.

This, in their eyes, is preposterous. Of course we need the PC at the centre of our computing lives. We might amuse ourselves with devices that are distinctly non-PC in nature – tablets, smartphones, and so forth – but these only exist, because of the PC.

Hogwash, I say. I’ll accept that many non-PC devices today still require a PC to perform the initial setup. This criticism can be applied to iOS devices from Apple – namely, the iPhone and iPad. But one of iOS 5’s major features is setup, operation and updating that works entirely standalone. Android users can smile here – their devices have managed this for a while. PC tethering has one significant advantage, though – the contents of the smart device are regularly backed up. In the new untethered world, this role is taken over by the cloud.

Ah, the cloud. The infrastructure component that’s behind the move to the post-PC era. If you don’t need to have a PC at home – whether it be a laptop or gaming workstation – then you have to consider where you’re going to keep your data. Your photos, your music, your documents, your “stuff”.

It turns out that the “cloud”, in the shape of internet-hosted and provisioned services, is just fine at taking on that role for you. Snap a photo on your smartphone and upload it to Flickr; it never need touch a PC. Use Google Documents or Office 365, and again your digital world exists quite happily without a PC in sight.

In fact, you could quite easily argue that we aren’t merely moving into a post-PC era – we have already arrived. It’s going to be fascinating to find out in a year’s time just how many iOS 5 devices have never been connected to any sort of PC in their life. I expect the number will be surprisingly large.

So who are those maintaining that this post-PC era isn’t really here, that it’s only noise emitted by a few niche players along the sidelines? Well surprise, surprise – that will be Microsoft. And why is it trumpeting this viewpoint? Because it’s in mortal fear that we might actually start thinking post-PC before Microsoft is ready.

Other vendors have decided to cut and run. The announcement that HP has cancelled its TouchPad was explosive enough, but the announcement it was looking at spinning off its PC division tells you all you need to know. The race to the bottom, in terms of how the PC industry has run its business over the past 20 years, has finally and irrevocably come to a crashing halt. When HP considers getting out of PCs, you know we’re in the post-PC era.

Microsoft hopes that when a customer gives up on a desktop PC, and its licensing “ker-ching” for Office and Windows, that we’ll instead spend our money on an Office 365 subscription.

Maybe we will. But don’t write off the PC just yet. Its role as a high-power workstation isn’t going to be usurped any time soon. Hooking up a 30in monitor to a webcentric thin box won’t be the answer for a while. But take one look at the supercomputer and graphics workstation marketplaces for warnings on ignoring the changing needs ofthe customers, and you might predict a huge train crash to come