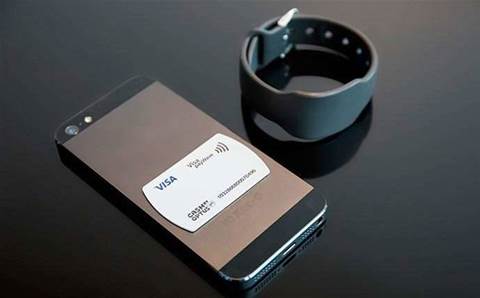 Optus has launched two payment accessories for contactless payments, allowing compatible smartphones to use Visa PayWave – even those without near-field communications (NFC) functionality.

The Band and Sticker accessories use NFC to support the carrier's 'Cash by Optus' mobile payment facility for contactless purchases under $100, using money preloaded onto customers' Cash by Optus account.

The devices are compatible with iOS 8 and above, and Android 4.0 and above. The accessories allow even smartphones without NFC capability, such as the iPhone 5 and iPhone 5s, to make contactless transactions.

The Optus accessories also get around limitations of the NFC-enabled iPhone 6, 6 Plus, 6s and 6s Plus, which are restricted to Apple Pay. A full list of compatible smartphones can be found here. 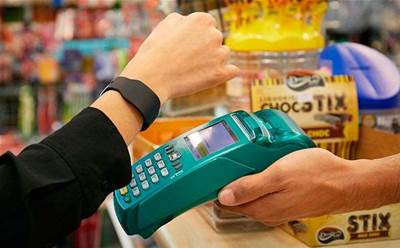 The Cash by Optus Band is a wristband that lets users "enjoy a jog without the hassle of carrying around a bulky wallet or phone", according to a company statement.

"Compatible with a wide range of smartphones that support Cash by Optus, the band is a simple and flexible way to make purchases while out and about without the need for a wallet or phone. The band links directly to the Cash by Optus app so payments can be made using only the band without the linked phone nearby."

The Cash by Optus Sticker attaches to the back of "a compatible non-Android smartphone", linking to the Cash by Optus app to allow users to conduct contactless transactions without a credit or debit card.

Those customers that want to use Cash by Optus on an NFC-ready Android smartphone without the band or sticker can use a Cash by Optus SIM.

Ben White, acting managing director of product and marketing, said: “Optus is excited to expand Cash by Optus with the introduction of the new payment Stickers and Bands. It has always been our aim to bring the ease and convenience of Cash by Optus to as many customers as possible, across a range of smartphones and these new payment accessories enable us to do just that.”

Cash by Optus was launched in 2014 and is backed by Visa and Heritage Bank.

Cloud application revenue made easy
By Staff Writers
Feb 8 2016
9:53AM