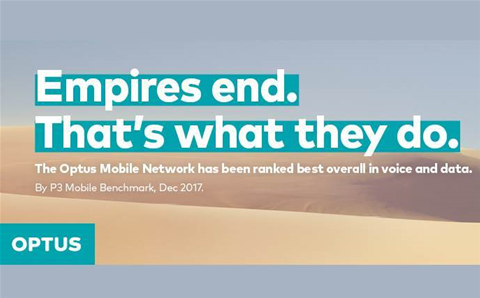 Optus’ parent company Singtel has singled out Australian operations as a reason for poor performance of its global enterprise business.

So what happened here?

But even with those nasty numbers, things were better this quarter than last: the statement says “Against the preceding quarter, Optus Business posted higher revenue and EBITDA and its order book as at 31 December 2019 was higher than a quarter ago.”

But once Singtel’s accountants looked at results without NBN migration, “operating revenue and EBITDA declined 8.1 percent and 22 percent respectively. The decreases were due to declines in mobile service revenue and equipment sales, impacted by price increases in prior quarters and launch of Optus Choice plans this quarter. Retail Fixed margins were also lower from increased traffic costs and a higher NBN customer mix.”

Australia even copped part of the blame for poor numbers at Trustwave, the managed security services company Singtel acquired in 2015. Trustwave acquired Melbourne security consultancy Hivint in 2018 and Singtel now says “Negative EBITDA increased due mainly to accruals of staff earnout payments from the acquisition in Australia and increase in stock option expenses.”

Australia did provide some good news to the group. Singtel noted it had over 400 5G fixed wireless sites in Australia as at 31 December 2019.

Optus CEO Allen Lew described the quarter as “transitional” and attributed softness to business adjustments due to “increasing customer demand for SIM-only plans.” He said Optus’ new customisable mobile plans should perk things up in future.

Grabbing the hybrid cloud opportunity with Lenovo and Azure Services
By Simon Sharwood
Feb 13 2020
11:53AM