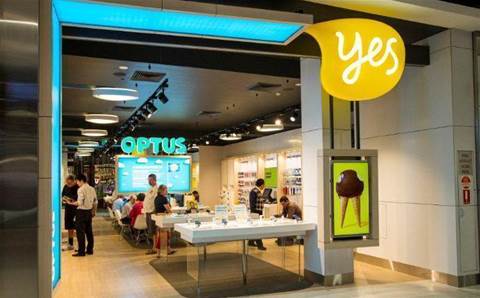 Optus' enterprise business has taken a hit in revenue due to one-off projects and reduced mobile termination rates implemented by Australia's competition watchdog, the company claimed.

The solution provider arm of Optus encompasses ICT and managed services, data and IP, voice and mobile, all of which took a hit to revenue.

The decline was mainly due to ICT and managed services, Optus Business' largest market segment, which fell by $12 million to reach $165 million. Optus said this was mainly attributable to large one-off projects that weren't repeated this quarter.

Voice revenue fell by 8.8 percent, which Optus said was in line with a wider industry decline as customers which to cheaper IP-based voice solutions.

Optus has consistently blamed declining revenue and profit on the fee reduction, an industry-wide mandate by the Australian Competition and Consumer Commission that imposed a reduction in maximum mobile call and SMS termination charges.

Optus expects to lose up to $800 million this year from the change. Mobile decline was partially offset by growth in enterprise mobility applications and messaging services, Optus said.

Optus pointed out a $20 million managed services deal with the City of Townsville and a $40 million contract extension with security provider Suretek as highlights for the quarter which helped to boost the enterprise business.

For the entire Optus group, net profit fell 17 percent during the quarter to $188 million compared to the same time last year. Operating revenue fell 9.3 percent to $2.2 billion, and EBITDA was down 5.2 percent to $650 million.

The consumer business fared well, adding 153,000 mobile customers in the quarter, bringing the total number of customers to 9.57 million.

“Our network strategy, which is focused on delivering reach, capacity and reliability in both metropolitan and regional areas, is delivering real choice for customers," he said.

"With our continued commitment to investing in regional areas, which has been boosted by the recent Mobile Black Spots Funding announcement, we are expecting to make further network improvements in 2017 and beyond."