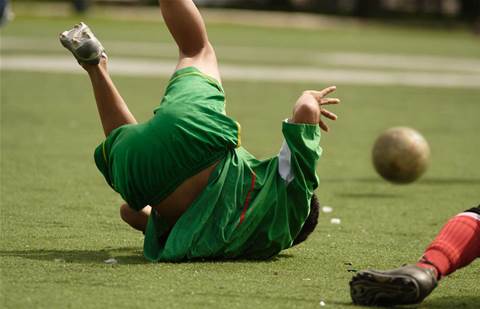 Optus will cede some of its exclusive FIFA World Cup broadcast rights for the next two days to SBS as it works to solve disruptions of the telco's coverage of the global football event.

The telco, which has acquired the rights to stream every match from the tournament held in Russia this year, faced a barrage of criticism on social media over the weekend as viewers complained about dropouts and constant buffering.

Taking a press call on Monday night, chief executive Allen Lew acknowledged the “regrettable” situation that some customers had not so far had a positive World Cup viewing experience due to problems he said stemmed from "a range of issues".

“We clearly understand Australia's passion for this major event and the frustration that goes along with not being able to watch the game,” he said. “There are a range of issues that we are facing but we believe we have a solution in place that addresses the technical issue.”

While that solution is deployed and tested, however, SBS will pick up the slack as a “failsafe” free-to-air broadcaster.

“We feel that is only appropriate we offer customers a failsafe backup and what I’m announcing now is that over the next two days, the six world cup games will be simulcast over SBS and Optus Sport,” Lew said.

Lew did not address what specifically the technical issue was, saying only that streaming quality of experience was subject to a range of potential limiting factors including individual device, the network, wi-fi and others.

“We are working on some of these to make sure that the vast majority of Australians will be able to enjoy a good viewership of the games regardless of where they are,” Lew said.

The chief executive would not be drawn on whether any hardware or service partners shared some of the blame, stating that Optus was taking full responsibility for the disruption.

Optus is also offering affected sport subscribers a free Fetch Mini set top box for 12 months, with Lew adding that additional compensations would be addressed in the coming days as the issues are fixed.

The company’s streaming problems have impacted games since their opening night and left many fans venting online, as reported by CRN’s sister title iTnews.

“I apologise unreservedly to all Australians,” Lew said in a statement to Twitter. "We should have done better, we can do better and we will do better."

The heat on the telco intensified on Monday when Prime Minister Malcolm Turnbull weighed in, taking to Twitter to say he had personally contacted the chief executive.

“I have spoken with the Optus CEO, Allen Lew. He assures me he is giving the World Cup streaming problems his personal attention and he believes it will be fixed this evening,” the PM posted.