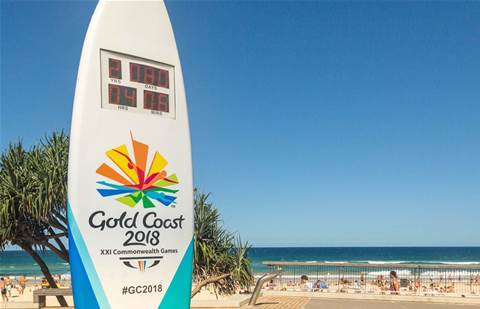 Optus and Cisco have expanded on the details of their partnership to deliver a major networking solution ahead of the 2018 Commonwealth Games in Queensland.

Optus said the infrastructure, set to be rolled out by the vendor partnership, will span 37 locations, for operational, sporting and command venues across the Gold Coast. The infrastructure will be supported by 426km of Optus fibre, the telco revealed.

Some 6600 athletes will rely on the network for their wi-fi needs, and Optus has deployed a team into what it calls the Gold Coast delivery hub.

The network will be an integral part of the events delivery, from ticketing to officiating, the telco said. Optus' on-the-ground team, which has also been embedded with Cisco technical experts, will work to ensure the network is ready for the games’ launch in a month.

Speaking at the opening of Cisco’s Live conference in Melbourne this week, the vendor's Australian and New Zealand vice president Ken Boal revealed the Games rollout would include 280 switches, 680 wireless access points, 40 routers and 950 IP phones.

Optus Business managing director John Paitaridis said Optus and Cisco had worked together for more than two decades to disrupt and deliver technology.

“Our longstanding strategic partnership has allowed us to work as one, leverage each other’s strengths and provide the 2018 Commonwealth Game with a smart network that will set a global standard and showcase Australia’s innovation,” Paitaridis said.

Boal said connectivity at major events like the Commonwealth Games, had become an expectation for spectators.

“Cisco provides the infrastructure that supports the network, which is integral to the role technology plays in our personal and professional lives. We are delighted to be partnering with Optus to deliver digital capabilities for the largest sporting event Australia will hold this decade,” he said.

Cisco named Optus is 2017 ANZ partner of the year earlier this week at Cisco Live.

Michael Jenkin attended Cisco Live as a guest of Cisco.