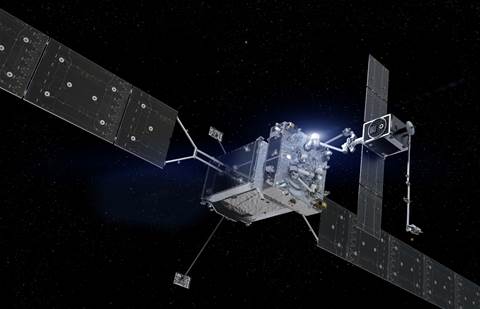 Optus is set to deploy space robotic technology from Northrop Grumman-owned SpaceLogistics to extend the life of its D3 satellite into the 2030s.

MEPs are life extension services that perform orbit control by augmenting the propulsion system of ageing satellites, and are installed by an MRV, an on-orbit servicing vehicle that can robotically service multiple satellites in orbit. The latter is set to launch in 2024.

Optus will also work with Elon Musk’s SpaceX to launch the MRV and MEP in the same year.

“Optus’ partnership with SpaceLogistics will leverage their cutting edge MRV & MEP capability to increase the life of Optus’ D3 satellite. This innovative move along with the future launch of Optus 11 will benefit our customers,” Optus managing director of wholesale, satellite and strategy Ben White said.

The D3 satellite was launched in 2009 for a 15-year mission to help provide direct-to-home services across Australia and some backup capacity for New Zealand. The satellite was built by Orbital Sciences

SpaceLogistics vice president of business development Joseph Anderson said, “Our contracts with Optus and SpaceX are tangible evidence of our momentum and commitment to deliver our second-generation services to the satellite industry.”

“We are thrilled to have Optus as our premier MEP customer as we continue pioneering the future of space and expanding the realm of what is possible with on-orbit servicing and sustainment.”

Last year, Optus secured a deal with the Federal Government to trial its satellite services to provide connectivity to rural and remote communities, as part of the latter's $2 million Alternative Voice Services Trial (AVST) agreement. The telco joined Concerotel, NBN Co, Pivotel, Telstra and Zetifi in the trial.

Grow your software revenue by selling these 5 affordable, essential tools for the modern workplace
By Staff Writers
Mar 4 2022
11:03AM