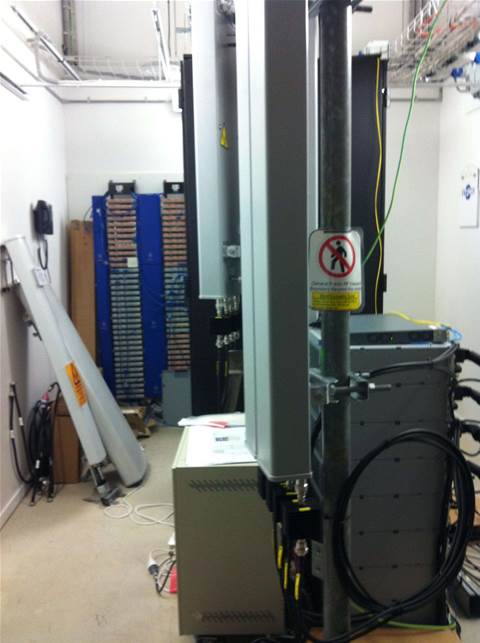 The telco has been trialling the services for selected customers in Newcastle and surrounding regions of NSW since April, but had remained quiet on when exactly the services would become available commercially.

Large enterprise customers and small businesses would be able to use either a USB dongle or wi-fi modem to connect to the network within a 10-kilometre radius of Sydney's central business district, and a slightly smaller region in Perth.

Excess data is charged at 10c a megabyte.

A similar region around Melbourne's CBD would gain access to the same services — boosting the site count to more than 600 — from next month, once the telco finishes transitioning base stations in the area to a 900 MHz 3G network.

Services in Brisbane and Adelaide would follow suit, though Ottendorfer indicated 2013 availability for the cities.

A spokeswoman for the company said commercial consumer LTE services would be released "shortly" alongside plans for 4G services through resellers of the Optus network such as subsidiary Virgin Mobile.

Optus' official 4G launch comes nearly a year after Telstra launched its own network, which had attracted more than 300,000 subscribers as of June.

Optus, along with Vodafone which is also yet to launch the services, blamed the lack of a device ecosystem on the delays.

"We believe that the time has now come to launch our data services."

Ottendorfer said network trials in Newcastle had shown average speeds of 47 Mbps downstream and peak speeds of more than 60 Mbps, though comparative tests between Optus and Telstra's equivalent networks in the area had shown differing results around which was faster.

The official launch of Optus' 4G services has also quelled speculation around the telco's vendor choice for mobile base stations equipment and rollout.

Nokia-Siemens Networks picked up the contract to roll out LTE capability in Sydney and Perth while Huawei's efforts in the Newcastle trial saw its contract extended to Melbourne.

Despite reports of a tender extending opportunities to the likes of Ericsson and Alcatel-Lucent, the telco appeared to have remained with its incumbent contractors for the initial FD-LTE rollout.

Nokia-Siemens was more recently charged with refarming 2G 900 MHz spectrum in metropolitan areas for use in what Optus has termed its '3G Plus' network.

Ottendorfer told iTnews that while Optus had not finalised contract details for other capital city rollouts, it would likely use one of the two vendors for rolling out FD-LTE capabilities in those areas.

However, other network suppliers could still gain access to Optus' TD-LTE rollout, which remains up in the air.

Though vividwireless, which Optus acquired in April, had previously trialled the less popular technology using Huawei gear in Sydney's west, more recent experiments in Sydney's west and at Optus' headquarters in North Ryde had since been assumed by Nokia-Siemens.

Ottendorfer claimed Optus could theoretically drive speeds of up to 240 Mbps using 60 MHz of the 2300 MHz spectrum acquired through vividwireless, though the services would not be available until next year.

Regional LTE services would also likely face delays from Optus, as the telco waited for the Government to auction off 700 MHz spectrum from the digital dividend.

"We have a strong belief that the 700 MHz frequency is a very good tool for regional and rural Australia," Ottendorfer said, repeating the company's calls for the Government to release access to the spectrum before current 2015 deadline.